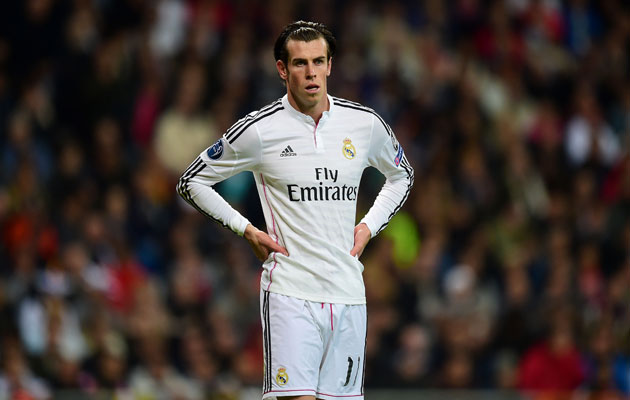 Gareth Bale struck a defiant chord about his performances after missing a number of chances in Real Madrid’s aggregate defeat to Juventus in the Champions League semi-final.

Bale has been made the scpaegoat for Madrid’s slump in form in recent months and there was no let-up from the fans during Wednesday’s 1-1 draw as Bale missed several opportunities.

A disappointed Bale, who scored in last season’s final, defended his own form.

“There have been some ups and downs but personally I think I’ve played well,” he told Sky Sports of his season.

“I’ve maybe not scored as many important chances as I’d like but my general play has been good. My finishing is not as good and that’s something to work on for next year. What doesn’t kill me makes me stronger, and I’ll learn from this season and take it on.”

Despite spurning a number of chances against Juventus, Bale was unapologetic about his performance.

“I was unlucky not to grab one,” he said. “As long as I keep trying, usually one goes in. Unfortunately it didn’t happen tonight and you move on.”

His best chance was a back-post header which he sent over from close range.

“I got a slight touch [in the back] and I couldn’t get over the ball,” he said. “It’s one of those things that happen in football and you move on.”

Although Madrid took the lead when Cristiano Ronaldo scored a first-half penalty, Juve secured their place in the final courtesy of a scrappy goal by former Madrid player Álvaro Morata in the second half.

“We wanted to be in the Champions League final, we gave ourselves a chance of winning but it’s not to be and we go again next year,” Bale said. “I think we always try to score as many as we can. It wasn’t meant to be tonight but we played a good game.”

The defeat all but ends Madrid’s season as they sit four points behind Barcelona with two games left in La Liga.

“It’s obviously disappointing and not what we wanted but we’ve still got a chance to win the league and we’ll keep fighting until it’s mathematically impossible,” Bale said. “That’s all we can do.”

Meanwhile, the other person at Madrid under scrutiny is coach Carlo Ancelotti, whose future is in doubt after the Champions League exit.

“I don’t know if I will be here next season,” said Ancelotti, before adding that nothing will be resolved until the end of the season.

“Today to talk about the future does not make much sense. We have two league games and we must try to close the season the best way we can by winning them. Then we will meet and discuss the future.”

According to Marca, Ancelotti later indicated that he would be willing to remain in the Spanish capital: “If the club is happy with the work I have done in two years, I can continue. If they are not happy, they have to make a decision. I want to stay here, but I know how it works in football.”

Despite the defeat, Ancelotti took to Twitter to pay tribute to the players and the supporters.

Proud of this team and the fans. Today we saw the bitter side of football, but altogether we'll be back! #UCL pic.twitter.com/nmUQFLuYPU