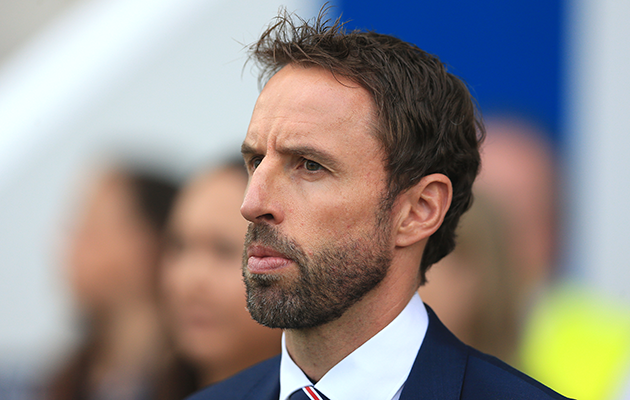 Gareth Southgate said he accepted the England position on a caretaker basis to provide stability and continuity.

England’s Under-21 coach was appointed in the wake of Sam Allardyce’s shock departure as manager on Tuesday.

Allardyce left his post on Tuesday following an undercover newspaper investigation which revealed he offered advice on how to “get around” rules on player transfers.

Former international defender Southgate, 46, has agreed to lead the senior team for the next four games.

“I was very proud to have played more than 50 times for my country and to have worn the armband, so to manage England will be a huge responsibility and a huge honour for me,” Southgate told the FA’s website.

“It’s a difficult circumstance for me, because we’ve lost two senior coaches in the last few months who have both been very good to me, so that complicates my feelings. I certainly wish them both all the best for the future.

“With my experience with the U21s in international football, and having worked with so many of the players who have moved up to the seniors as well, I think we are in a good position to prepare for these games.”

“The future is certainly bright for this England team.”

In June, Southgate said he had no interest in succeeding Roy Hodgson as boss of the senior team.

Southgate has managed England Under-21s since 2013, and was previously in charge of Middlesbrough from 2006 to 2009 – a period which concluded with the club’s relegation from the Premier League.

“It’s obviously been a difficult situation for the FA but it was important that there was some stability and continuity for everybody,” he said. “So, from my point of view, it was important to step forward and give us the best possible chance to win these games.

“I’m looking forward to the challenge and I’m confident that we can get good results. We have an excellent group of players.”

Meanwhile, Arsenal boss Arsene Wenger and Bournemouth manager Eddie Howe, who had been l;inked with the vacancy even before Allardyce’s appointment, have reiterated their commitment to their respective clubs.

Wenger said in July he would “never rule it out” but the Frenchman insisted on Wednesday he had no intention of leaving the Emirates Stadium.

“I am focused 100% on Arsenal and my priority will always be to this club,” Wenger told BT Sport. “I will have to assess how well I do until the end of the season.”

Bournemouth manager Howe, who has also been linked with the job, said he was “absolutely committed” to the club.

“It’s not been a great week for football,” he added. “It’s not ideal that the England situation has come up again, but I won’t get distracted.”