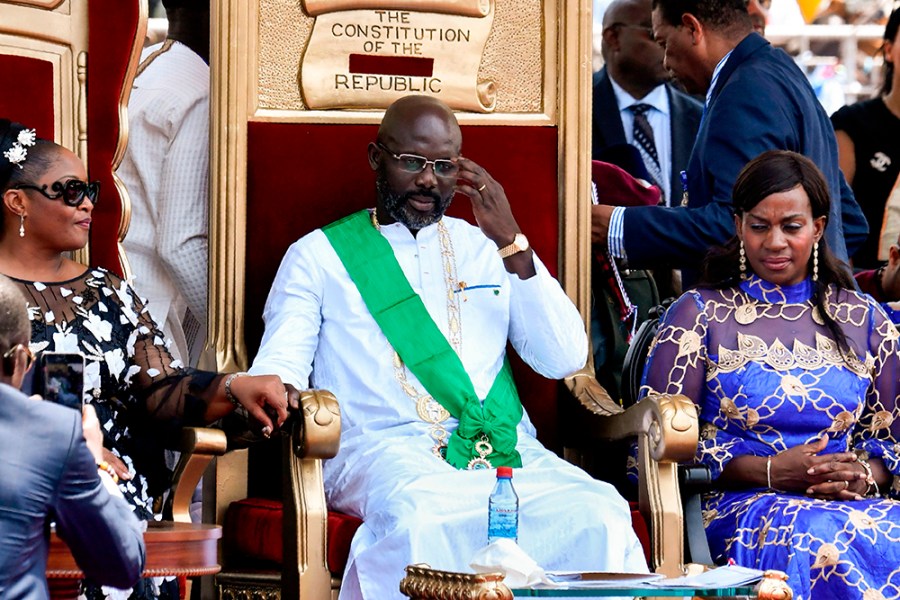 This week, the world will witness a truly historic, but desperately serious moment when the former FIFA World Player of the Year, Liberian George Weah, is sworn into office as the next President of Liberia.

There is, of course, nothing new about a top level professional sportsman or woman making a second career for themselves in political life when their sports career ends, usually at a still relatively young age. The list of famous predecessors to Weah is endless – Pakistani cricketer Imran Khan, Australian swimmer Dawn Fraser, English athlete Sebastian Coe, US wrestler Jesse Ventura have all ventured into politics in one form or another.

Here in Italy, one of the country’s most famous footballing sons, “Golden Boy” Gianni Rivera, Milan and Italy idol of the 1960s and 1970s, moved from the San Siro to government house after his football career. An elected politician from 1987 to 2013, Rivera eventually served as Junior Minister of Defence in four different centre-left governments between 1996 and 2001.

All that is one thing but no professional sportsman or woman has ever ended up as President of their country, as is now the case of 51-year-old Weah. Not surprisingly, critics wonder if a man who owes his success essentially to his exploits on the football field will have the wisdom, experience and know-how to govern one of Africa’s poorest countries.

As a truly inspired striker for Monaco, PSG, Milan, Chelsea, Man City, Marseille et al, Weah used to have his work cut out finding his way through some tough defences. Yet that experience may seem like chicken-feed compared to attempting to run a 4.6 million populated nation which has seen more than 250,000 people killed in bloody civil wars between 1989 and 2003 not to mention the more recent devastation inflicted by an Ebola epidemic which killed approx. 5,000 Liberians.

Currently, Liberia is ranked 177 out of 184 on the UN’s development index. This is a country where over 60 per cent of the population live below the poverty line and where the average wage is one and a half dollars per day. How can an ex-footballer, even one who has gone back to study long after his football career had ended, handle such a daunting task?

Furthermore, Weah has a tough act to follow in the person of outgoing President, the Harvard educated Ellen Johnson Sirleaf. Her 14 years in power were widely perceived as positive, given that she managed to stabilise the economy, obtain the cancellation of $5 billion debt and protect some fundamental human rights such as free speech.

Weah, in contrast, has been criticised not only for his lack of political experience but also for what looks like the opportunist move of choosing Ms. Jewel Howard, the ex-wife of former warlord Charles Taylor, as his deputy. For most of his political life, Weah has been a virulent critic of Taylor and his National Patriotic Party (NPP). So what does this candidacy mean?

It sounds like this could be an experiment that could go badly wrong. Perhaps not, though. More than 20 years ago, when your correspondent interviewed Weah during his days at Milan, I was immediately struck by his “political” head. He was very different from his Milan team-mates and not just because of the colour of his skin. He was more interested in talking about his native Liberia than about Milan’s next Serie A game, telling me: “I’ll keep going back to Liberia, that’s where I was born and that’s where I am going to die one day. You know, I’ve been playing for Liberia for 15 years now and I’ve got nothing from the national association, zero. On the contrary, I’ve given a lot.  but what can I say, it’s my country, this was not an obligation, it’s something I wanted to do and I did it with my heart and I’ve no problems with that.”

Right now, Weah is preparing to serve his entire country rather than just its football team. His progress (or lack of) will be scrutinised closely but he is aware of that, telling the BBC this week: “You [journalists] only look at me as a former footballer but I’m a human being. I strive to be excellent. I can be successful. I was successful before in my career. When I left here people asked me the same question: ‘Will you be successful in Europe?’ I told them that when I work hard and believe in what I believe in, I show I can persevere. I believe that with the help of the Liberian people I will be successful.”

Here is wishing well to both Liberia and George Weah.