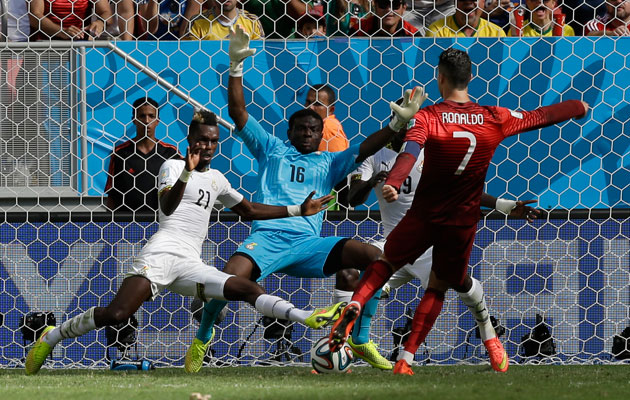 Ghana FA chief Kwesi Nyantakyi has revealed the Ghana FA requested a cash payment of $2.3m from FIFA in a last ditch attempt to persuade players from going on strike during the 2014 World Cup.

A bonus payment of a $100,000 promised to each player for making it into the final 23-man squad for the tournament staged in Brazil was delayed by the Sports Ministry.

Subsequent unfulfilled promises about the payments – resulting in a player revolt in the Ghana camp ahead of their final group game against Portugal.

The Black Stars refused to train for two sessions in the lead up to the 2-1 defeat to Portugal in protest of the delayed payment of appearance fees.

Nyantakyi has now revealed he spoke to FIFA’s General Secretary Jerome Valcke about the possibility of cash being handed over to the players. but he was unwilling to help.

“FIFA contacted us seeking to know why we had delayed in catching out flight and that is where after explaining the circumstances, requested for a bail out from FIFA,” Nyantakyi told the Presidential Commission.

“And they demanded contracts between the GFA and the players and also the bank accounts of the players so that the money is transferred to them.

“But the players refused so then I had to travel to go meet the General Secretary of FIFA – Jerome Valcke – who was my friend to ask him whether it was possible for him to get us cash.

“We were looking for $2.3m to pay the players to save the image of the World Cup.

“But Jerome told me ‘Kwesi, you are my friend but they will cut off my head if I bring cash to Brazil’.”