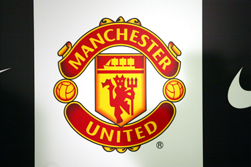 Man City have moved into the top four in the Premier League, five points clear of Liverpool, but can they stay there? Click here for all the best price betting.

Manchester United’s owners, who loaded the club with more than £700m in borrowings to fund their purchase, have taken £10m out of the club in fees and have personally borrowed a further £10m in the past year, according to the latest figures.

The club’s financial results, released yesterday, revealed that six members of the Glazer family had borrowed a total of £10m, which does not have to be repaid for five years.

Manchester United also released an offer document yesterday for the £500m bond it says will be used to re-finance the £509m debt secured on the club.

The offer document reveals that on 30 June last year the club entered into a £2.9m-per-year agreement with SLP Partners, a company related to the Glazers. Since 1 July 2006 a further total of £10m has been paid in “management and administration fees”.

Under the terms of the bond issue it promises to terminate the agreement with SLP Partners but will reserve the right to pay up to £6m per year to “one or more entities related to our ultimate shareholders for administration and management services”.

The offer document also makes provision for £70m to be redistributed to the ultimate parent company for “general corporate purposes, including repaying existing indebtedness”.

The document also reveals that the club has received a large slice, £35.9m, of its new £80m sponsorship deal with AON. It also reveals plans for a new £75m “revolving credit line”.

The offer document also reveals that Red Football recently lost £35m when attempting to hedge against a rise in interest rates last year.

In its financial results the club revealed that it was only the £80m sale of Ronaldo lifted United into the black last season. Results for the Red Football Ltd subsidiary revealed a pre-tax profit of £48.2m but also indicated the overall amount owed by the club and its owners broke the £700m barrier for the first time since Malcolm Glazer bought the club in 2005.

Despite increased revenues the club would have made a loss of £32.5m were it not for the sale of Cristiano Ronaldo.

According to yesterday’s results, bank loans secured on the club now stand at £509.5m, compared with £518.7m the previous year. Interest payments on that debt totalled £41.9m.

Despite the figures, representatives of the Glazers have frequently claimed that money is available to Sir Alex Ferguson for team strengthening purposes. The United manager said last week that the Ronaldo money is available to him, and he had “absolutely no issue at all with the club’s finances”.

Excluding interest payments, the club’s overall financial results indicated that the football side of the business continues to be profitable. Turnover for the year to June 2009 to £278.6m increased from £256.2m as matchday revenues, media income and commercial revenues all continued to rise.

Man City have moved into the top four in the Premier League, five points clear of Liverpool, but can they stay there? Click here for all the best price betting.