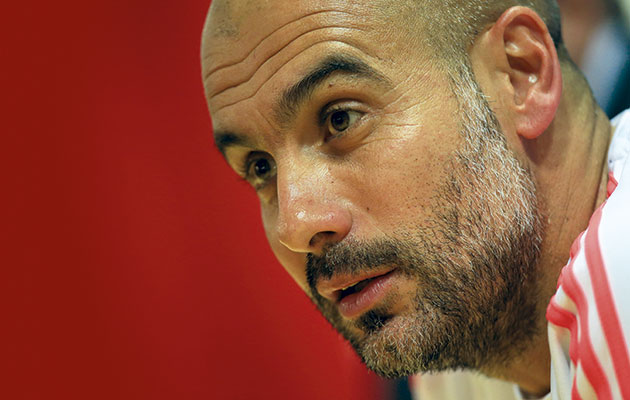 Bayern Munich coach Pep Guardiola is reportedly looking to bring the Bundesliga club’s technical director and transfer expert Michael Reschke to Manchester City, when he takes over in the summer.

Technical director Michael Reschke is the regarded as a key man behind the scenes who identifies and discovers targets for the Bavarian outfit.

The 58-year-old is credited with having brought Arturo Vidal, Douglas Costa, Joshua Kimmich and Kingsley Coman to the club.

Reschke joined Bayern Munich in 2014  after 35 years working for Bayer Leverkusen and he is reported to enjoy a close relationship with Guardiola. According to a report in Bild, Guardiola hopes to bring him to the Etihad to mastermind his transfer policy.

Among the players reported to be on City’s radar this summer are Juventus duo Leonardo Bonucci and Paul Pogba, as well as Rennes’ 18-year-old winger Ousmane Dembele, who has already been the subject of a bid from Guardiola’s former club Barcelona.