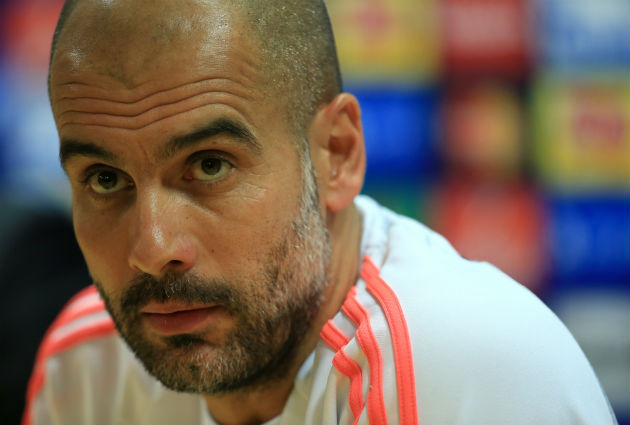 Pep Guardiola has said that he has no problem combining both roles in the next coming months.

The inbound Manchester City boss was addressing the media for the first time since it was announced that he would be taking the role at Eastlands next season.

Guardiola was unsurprisingly coy about his next managerial venture but said that he was perfectly capable of managing at Bayern Munich, whilst keeping an eye on events at City.

“I have already told you why I am going to England,” he said.

“You’ve got to trust me. I can’t come here every day and talk about it.

Meanwhile Arsenal boss Arsene Wenger has warned Guardiola of the rigours that the Premier League will bring.

Speaking at his press conference today he said:

“If you look at the tendency in the Premier League it looks difficult to have a high percentage of winning games,” he said.

“The Premier League is now maybe more difficult to be consistent than any other league.”

When pressed if he would have had Guardiola at the helm after he steps down at the Emirates, he said:

“I will not choose my successor here. I just want to leave the club in a position where it can do better when I am gone.”