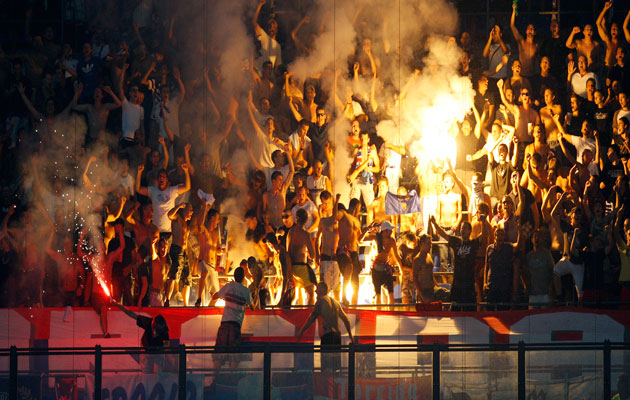 Croatian league leaders Dinamo Zagreb’s home game against arch-rivals Hajduk Split was cancelled when the visitors refused to play because their fans were banned from entering Maksimir Stadium.

Reports claimed that around 50 of the 1,000 Hajduk fans who made the trip were known troublemakers and therefore barred from entering the stadium, which prompted fellow supporters to boycott the game in a show of solidarity.