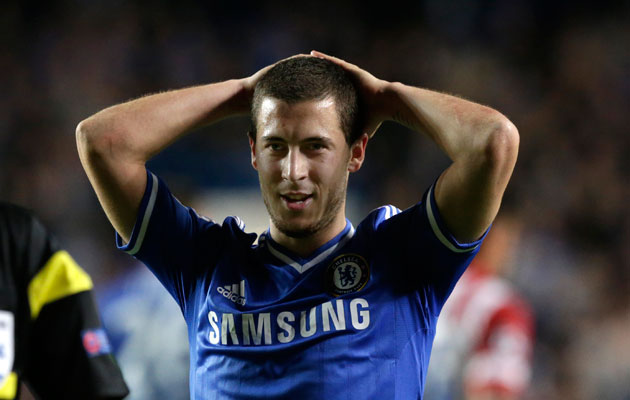 Eden Hazard has expressed his admiration for recently-appointed Real Madrid coach Zinedine Zidane, after the Frenchman admitted his ‘love’ for the Chelsea forward.

A combination of poor form and injury problems have contributed to last season’s Football Writers’ and PFA Player of the Year enduring a difficult season at Stamford Bridge.

Last year Hazard enthused about the 25-year-old, saying that after Messi and Ronaldo, he was the player he most enjoyed watching.

“I have no doubts he’ll be back,” said Zidane after the Belgian forward’s poor start to the season. “After Messi and Ronaldo, Hazard is my favourite player. It is spectacular to see him play.”

“Do I see him going to Real Madrid? I love the player, that’s all I will say.” 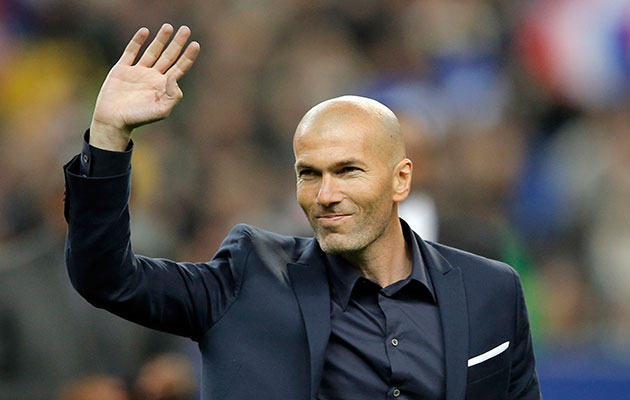 Hazard told Belgian website Sudinfo.be earlier this week: “It’s always nice to hear that a player that I admired during my childhood talks about me.

“I always liked Zidane. Now I know the player by heart but don’t know the coach at all, even if he’s started very well at the Bernabeu. I’m also still under contract at Chelsea and I feel very good there.”

When asked if he would like Zidane to coach him one day, Hazard added: “Yes of course. When I was little, I watched him on television and the internet for hours.

“I talked Zidane and I ate Zidane. But, and I repeat it, I feel very good at Chelsea so it’s not news.”

Hazard was one of a trio of Chelsea players, along with Cesc Fabregas and Diego Costa, who were frequently alleged to have been at the heart of the dressing room dispute with former manager Jose Mourinho. All three were booed by Chelsea after Mourinho was fired last December and a banner branding them ‘rats’ was displayed at the first Chelsea match after his dismissal.