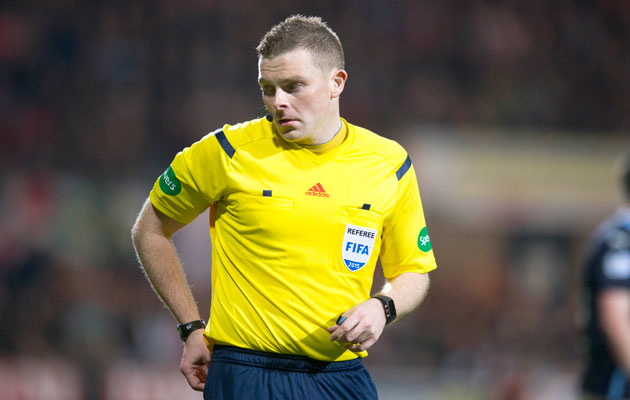 Scottish referee John Beaton says that he would not be dissuaded from refereeing in Saudi Arabia again, despite overseeing a tumultuous league decider between Al Hilal and Al Nasr, which culminated in him being headbutted by one of the players.

The match ended with Al Nasr winning 1-0 but their opponents reduced to eight men, with Beaton handing out the final card to Salem Al Dawsari for head-butting the referee.

Beaton spoke to the Scottish FA, describing the match and in particular how he dealt with the intimdation.

“It’s safe to say this kind of thing has never happened before and I’m sure many referees have gone through entire careers without something like that to deal with,” he said.

“More than anything, I’m happy that I handled it the right way because it’s something that comes as a complete surprise and you can’t really prepare for an incident like that. The important thing in these situations is to keep calm, make the correct decision – which was to issue a red card – and then resume the match.”

Beaton revealed he and his fellow officials team were escorted off the pitch by extra security personnel, but he commended the Saudi authorities for the way in which they dealt with the situation.

“It sounds more dramatic than it was but we had about 10 security guards lead us off the pitch, all wearing standard-issue suits and ties and radios,” he admitted.

“I have to say, though, that for all the tension during the game – and you have to factor in that this was effectively a title decider between two teams who have a history of intense rivalry – there were zero issues afterwards.

“The Saudi Arabia Football Federation could not have done any more to make us feel safer on the way back to the hotel and then the airport.”