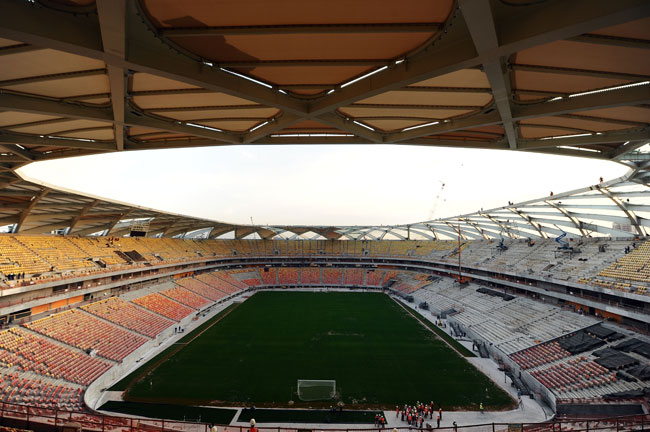 Switzerland coach Ottmar Hitzfeld is unhappy over FIFA’s decision to select Manaus in the heart of the Amazon rain forest as one of the World Cup stadiums.

Hitzfeld’s team have to play Honduras there in their final group game on June 25,with their other matches being played in Salvador and Brasilia in totally different climatic conditions.

Already England and Italy have expressed their displeasure about being forced to travel so far.

“I nearly find it irresponsible that you have to play football in such a place in the middle of the jungle in the Amazonas region,” Hitzfeld told German TV station SWR.

“I believe commerce is in the foreground, and I disagree with the FIFA ruling. Also looking at all of the country – and Brazil is a huge country – it’s a five-hour flight if you have to go from Salvador to Brasilia and to Manaus from there.

“You have to be in a very good physical condition, and over the next few months we’ll have meetings with sports scientists, also with doctors and physiotherapists, to prepare for that.”

During the group stage, the United States also have to play once in Manaus and will have to travel more than 14,000 kilometres in total. Jurgen Klinsmann’s side will be based in Sao Paolo in the south of Brazil, despite all their three group games being played in the north.

That’s a bit like setting out to climb Mount Everest and setting up base camp in Australia.