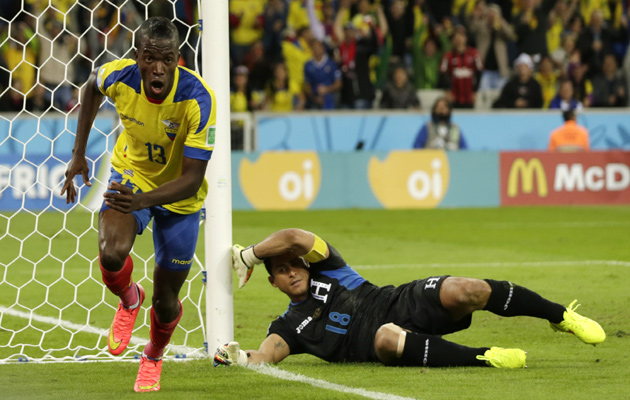 Match overview: This World Cup keeps on producing exciting matches, Ecuador still have a chance of reaching the second round after winner a lively encounter against Honduras in Curitiba. Enner Valencia gave Ecuador the cutting edge they needed while Honduras twice had goals disallowed for offside.

Key moment: Three minutes before Ecuador’s second goal, Honduras had a goal disallowed, with Costly offside when he played in Bengtson. It was the second time in the game that the Hondurans had had a goal ruled out.

Man of the match: Enner Valencia gave Ecuador the cutting edge to win a close contest. He shot wide early on but scored a poacher’s goal for Ecuador’s first and put them into the lead for a second time with a header from a free-kick delivered by his namesack Antonio.

Matter of fact: Enner Valencia has now scored in each of his last six appearances for Ecuador.

Talking point: Ecuador are still in contention for the second round after this win, but they face group leaders Colombia in their final group game. Honduras are now all but out.