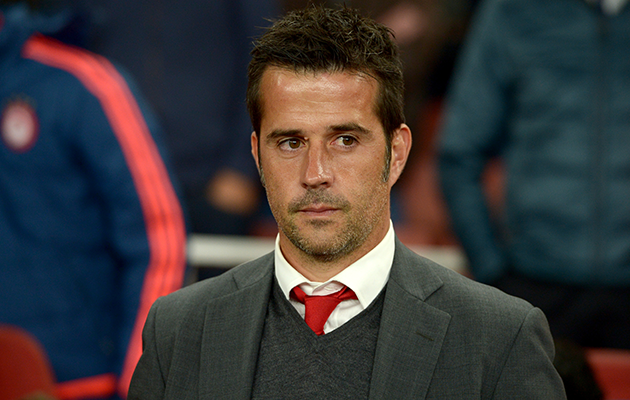 Hull City have appointed Marco Silva as their new manager until the end of the season.

The Portuguese coach becomes Hull’s third manager since they won promotion to the Premier League in May. Mike Phelan, who was appointed last October, was sacked by the club on Tuesday after a dismal run which had seen the club win just one of their previous 18 matches.

Silva’s appointment is something of a gamble as the 39-year-old has no experience of English football and speaks only limited English.

“Marco is a young coach who has impressed us with his philosophy and football style,” said the club’s vice chairman Ehab Allam in a statement.

“He has a great track record and we feel this is a bold and exciting appointment in our aim to retain the club’s Premier League status. Marco will be bringing in his own back-room team who have all played their part in his recent success.

“We are already working hard with Marco and his team to deliver some key additions to our squad during this transfer window.”

Silva, who has previously coached at Olympiakos and Sporting Lisbon, takes over with Hull rooted to the foot of the Premier League table.

He was appointed director of football at Estoril in 2011 before becoming coach of Sporting in the summer of 2014.

The club won the Portuguese Cup and finished third in the league but he was sacked, allegedly for not wearing an official club suit during a match in an earlier round.

Shortly afterwards he took over at Greek outfit Olympiakos and led them to a 43rd national title before quitting at the end of the 2015-16 season for personal reasons.

Manchester United boss Jose Mourinho described Silva as a “kid friend of mine” in November 2015 when Olympiakos met Arsenal in the Champions League at the expense of Arsenal.

Silva’s first match will be the FA Cup third round clash with Swansea this weekend, followed by the first leg of the EFL Cup semi-final against Mourinho’s United on Tuesday.