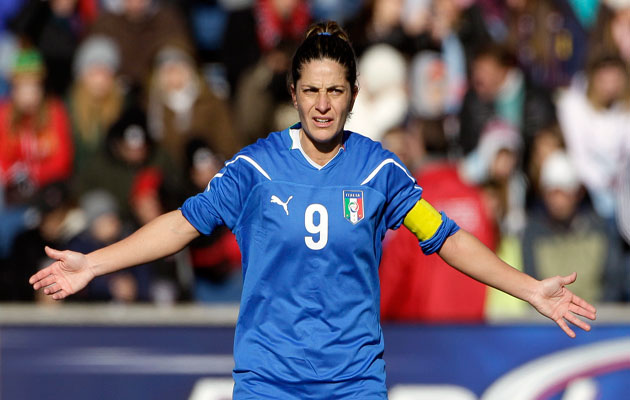 The Italian women’s cup final has been called off as a result of alleged comments by Felice Belloli, the president of the county’s amateur football association, referring to female players as a “bunch of lesbians”.

Brescia were due to play Tavagnacco on Saturday but the match has been scrapped, the association representing female players and coaches, has confirmed.

Belloli allegedly made the comments when discussing funding for women’s football in Italy. At a meeting of the Lega Nazionale Dilettanti he is alleged to have said: “That’s enough, we can’t always talk about giving money to this bunch of lesbians.”

Belloli was quick to deny making the comments.

“I never signed those minutes,” he told La Gazzetta dello Sport. “Can you see my signature on them? No, and I can tell you why – because minutes can be taken and amended by anybody. I know how the minutes are taken at the LND. All I am saying is that I did not utter that phrase.”

Patrizia Panico, the veteran Verona and Italy forward, said that if the comments were accurate then they were “sexist, male chauvinist and ignorant”.