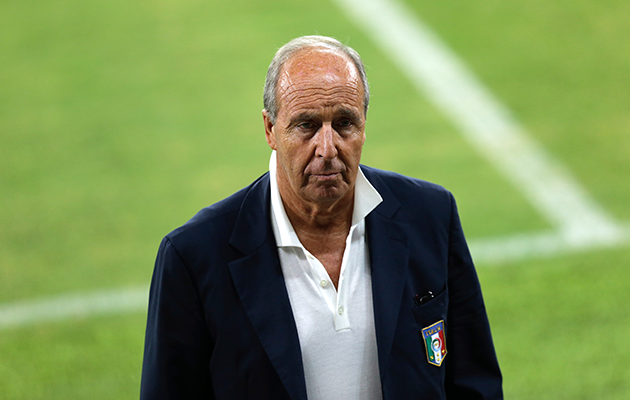 “Maybe this game won’t prove to be decisive but it is certainly important.”

It was Italian coach, Giampiero Ventura, who earlier this week offered this neat assessment of tomorrow’s (Thursday) Italy v Spain World Cup qualifier in Turin.   Indeed this game may not decide the overall outcome of a tight Group G (Albania, Macedonia, Israel and Lichtenstein are the other teams), but it will certainly be an important indicator of just how the rebuilding process with Italy and Spain, both under new coaches, is progressing.

Ventura, who opened his World Cup campaign with a workman like 3-1 away win against Israel, does not underestimate the task of confronting a Spanish national team which, to some extent, still lives off the reflected glory a remarkable 2008-2012 period when it consecutively won two European Championships and a World Cup.    Ventura, of course, acknowledges that under new coach, Julan Lopetequi, this is a very different Spain, saying:

“This is not the same side as that which Italy beat 2-0 at the Euros in France this summer, this team takes a very different approach…If you want to know how hard they are to beat, I’ll give you one piece of data.   Spain haven’t lost a World Cup qualifier for 23 years”.

With Spain looking inevitably powerful in an 8-0 thrashing of little Liechtenstein in their opening qualifier and with suspended defender Giorgio Chiellini due to be replaced by 21-year-old Milan defender, Alessio Romagnoli, , Ventura has his problems going into this game.   On top of that, midfield schemer Marco Verratti is probably less than 100% fit.   However, the genial 68-year-old is happy to return to Turin, a city where he enjoyed a fruitful five year period with the “other” team from the city, namely Torino.

The only problem there, of course, is that he will be playing in the Juventus stadium, a venue where he experienced his fair share of disappointment.   In his time with Torino, Ventura faced Juventus nine times in Serie A and Cup derbies, winning only once and losing eight times.   Even here, though, Ventura can see the silver lining, pointing out:

“It’s what I said to (Juventus defender) Barzagli the other day, ‘at least, I won’t have you playing against me this time’.   After that, I expect the crowd to get behind the team in just the same way as they would with Juventus at a Sunday league game”

As for his selection, there seems little doubt but that his side will continue to look very much like the Italy which did so well in France this summer.   Buffon, Barzagli, Bonucci in defence, De Rossi and Parolo in midfield, De Sciglio wide with Eder and Pellè up front are all expected to play.  All of them, too, were key features in Antonio Conte’s side in France this summer. 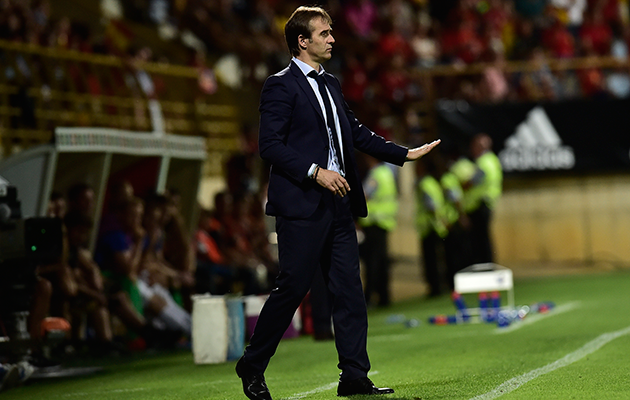 New coach Julen Lopetegui will fall back on the old guard for the Italy game.

Ventura’s opposite number, Lopetegui, will also be relying on some of Spain’s legendary old guard, players such as Pique, Ramos and Jordi Alba in defence, Busquets and Iniesta in midfield and Silva in attack.   However, Lopetegui will also find room for fresh blood in the shape of Real Madrid defender Daniel Carvajal, Atletico Madrid midfielder Koke and Seville’s Vitolo up front.

Given that the qualifier against Spain comes just three days before another qualifier, away to Macedonia in Skopje, Ventura too will be obliged to make use of his squad turnover.  He has already indicated that strikers Ciro Immobile and Andrea Belotti, two players who rose to prominence under his coaching at Torino, will probably start in the second qualifier.

Over the years, Italy v Spain clashes have produced a number of memorable games such as their two clashes in Poland four years ago or their second round game at Euro 2016 this summer.  With exception of the European Final in Kiev, where Spain won 4-0, there is not usually a lot between these two.

One thing for sure is that these two squads know one another more than well.  In nine meetings since 2008, guys like Buffon, Iniesta and De Rossi were ever present.   Buffon played in all nine games, Iniesta in eight and De Rossi in seven.   Stand by for an intriguing qualifier.