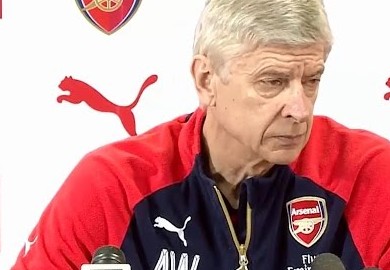 Arsenal manager Arsene Wenger has said that midfielder Jack Wilshere could return against Sunderland at the weekend.

This will be good news for Arsenal and England. The England manager Roy Hodgson is a big admirer of Wilshere’s technical qualities and has used him at the base of midfield in a deep-lying playmaking role.

Hodgson and Wenger would have breathed a huge sigh of relief after the midfielder went down in pain during the U21 match against West Bromwich Albion on Monday.

However he shrugged off the injury and scored his first goal in 11 months. Wenger said that there were positives to take from the game, and that he could make a return to the squad on Sunday.

“Wilshere has absorbed well his first obstacle. That means get games and finally get 90 minutes. The positive is that he had no setbacks,” Wenger said.

“In every game he was sharper, he has a good fitness basis. The progression now should be normal and he is available for selection from the next game (Sunderland) onwards.

“He has played three games already. Now, it is a case of do I select him or not.”

Wenger also confirmed that Santi Cazorla has returned to training after five months out with knee and Achilles injuries.