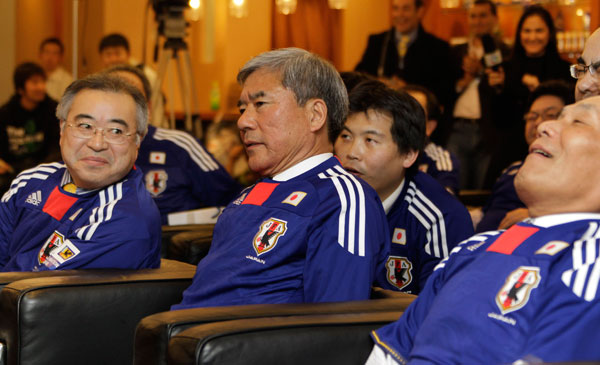 Japan says it ready to host the 2022 World Cup if FIFA strips Qatar of the tournament rights over corruption allegations.

“If FIFA look for an alternative country, we already have the stadiums that would meet the criteria to host it,” he said in an interview.

“We have the Olympics in 2020. If there is a chance, we’d like to do it, although I don’t know how likely that would be.”

The process which led to Qatar hosting the 2022 finals has come under increasing scrutiny and is currently the subject of an investigation by FIFA’s ethics committee, headed by former US district attorney Michael Garcia.

Earlier this month, the Daily Telegraph published claims of new evidence of payments made from a Qatari account controlled by Mohammed bin Hammam, the former president of the Asian Football Confederation (AFC), to Jack Warner, the former FIFA vice-president, two weeks after the Gulf state was awarded the right to host football’s showpiece tournament.

Warner, the Trinidadian who resigned from FIFA in 2012 following an investigation that found him to have received US$1.2 million from Bin Hammam’s company, Kemco.

Qatar has also come under fire for its treatment of foreign construction workers, with figures obtained showing that 450 migrants from India alone had died over the past two years – about 20 a month.

And there is a row over whether to hold the Qatar World Cup in the intense heat of the desert summer or in winter, which is mid-season for many domestic leagues and which would cause several seasons of disruptions.

Japan, one of the countries that lost out to Qatar for the 2022 World Cup, co-hosted the 2002 World Cup with Asian neighbours South Korea.