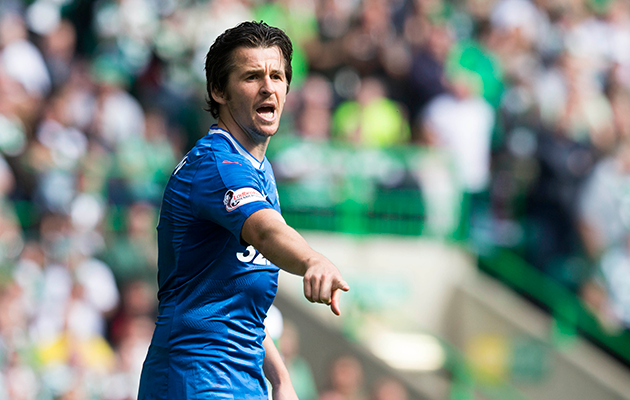 Joey Barton’s Rangers career came to an end when he stormed out of the club’s training complex last week with his own coffee machine under his arm.

According to the Daily Record Barton was furious after being escorted into the first-team dressing room by a security guard and ordered to empty out his locker.

He was also banned from using the senior players’ car park and canteen following the end of his two-month suspension issued after a furious fall-out with manager Mark Warburton.

Barton was expected to train with the youth team until January when he will return to English football, but he was signed off with stress on Friday morning after just one training session with the youngsters.

However, before he left, he marched into the first-team dining room to retrieve a coffee machine he had bought for his team mates.

A source told the Daily Record: “A few weeks before his bust up with the manager Joey bought a coffee machine and had it put into the first team dining room. It was a gesture of good will.

“But after all the humiliation he was put through on Thursday he decided to take it back. It was clear at that moment that he would not be returning. The next day he was signed off with stress and he’s not been seen at the training ground since.”