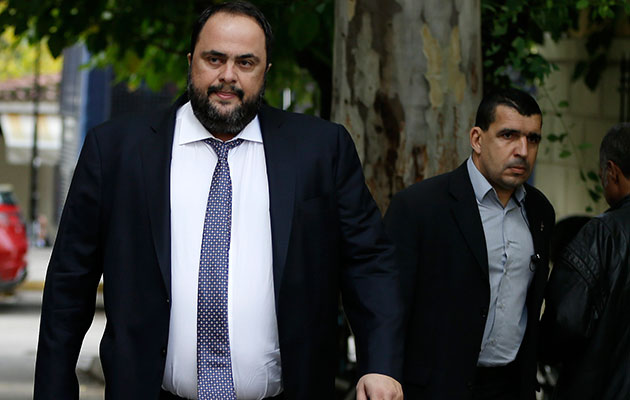 The Greek public prosecutors who decided not to pursue charges against Olympiacos in the so-called Koriopolis match-fixing scandal have been accused of accepting bribes.

The mayor of Volos and owner of Olympiacos Volou, Achilleas Beos – who is one of 85 defendants in the trial alleges that Panagiotis Pouliou, a deputy public prosecutor, and Giannis Tzimplakis, who chaired the three-man panel of judges that determined who should be prosecuted, accepted bribes.

Beos claims that the purpose of the bribes, paid, he says, by a member of the Panathinaikos board, was to ensure Evangelos Marinakis would not be prosecuted in the trial.

Marinakis is the owner of Panathinaikos’ Athens’ rivals Olympiacos. Despite figuring prominently in the files of evidence, he was not formally charged. Beos claimed there were “significant suspicions of events that can reasonably and clearly… justify a bias in favour of one of my co-defendants, who [was] eventually acquitted.”

He added: “Under Article 237 Penal Code, if anyone who is called by law to perform judicial functions … requested or obtained, directly or through a third party, for himself or for another, any kind of unfair benefit for action or omission, in future or already completed, relating to the execution of their duties in the administration of justice or to resolve a dispute, shall be punished with imprisonment and a fine of EUR 15000-150000.”

Pouliou and Tzimplakis have not commented on Beos’s claim. There have been unconfirmed reports in Greece that the prosecutor of the Athens Supreme Court, Efterpi Koutzamani, has opened an investigation into the case following Beos’s allegations.

The Koriopolis trial is currently scheduled to take place in April 2016.