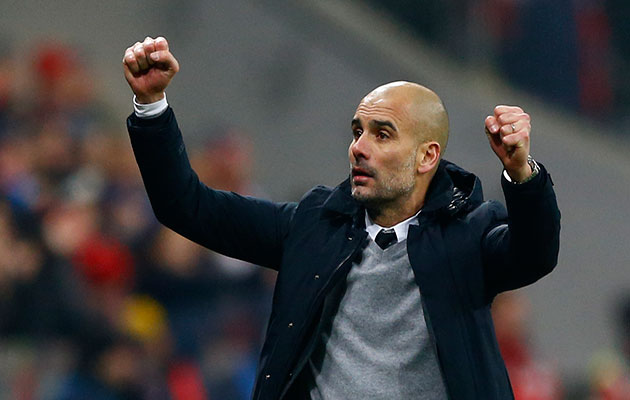 Bayern Munich manager Pep Guardiola says Juventus are “too big of a club to complain” about a goal that was wrongfully disallowed for offise in the German club’s remarkable 4-2 defeat of Juventus.

Juventus director Beppe Marotta criticised match officials for ruling out a legitimate Alvaro Morata goal in the first half of his side’s Champions League defeat at the Allianz Arena on Wednesday.

Juve were already leading 1-0 when Morata took advantage of a misplaced pass by Bayern goalkeeper, Manuel Neuer, only for the linesman to raise his flag for offside. Subsequent television replays showed the striker was clearly onside when the ball ricocheted into his path.

Speaking after the match, Marotta said the call changed the complexion of the match, which resulted in the 2015 losing finalists being eliminated from the competition.

“The Alvaro Morata disallowed goal would’ve changed the face of the match. Certain errors at this level are costly, they make a big difference,” Marotta told Mediaset Premium.

“I am not here to seek alibis, but I hope that in future Italian football is better protected. Certain refereeing performances are painful.

Guardiola responded by telling reporters the complaints that a club of Juventus’s stature would not stoop so low as to complain about the decision.

“Juventus are too big a club to complain about this,” Guardiola said after the match. “When you lose, you shake hands and go home. You compliment the opposition.

“They had chances and scored twice. Perhaps the goal was not offside, but these things happen in football.”

“I think in the knockout rounds of the Champions League and Europa League, UEFA has done everything to hunt the Italian sides out of the tournaments,” Orsi told Radio Radio.

“If Juventus go 3-0 up against Bayern Munich in the second leg then it is game over, but the match was changed by the referee. It was the same for Napoli and Roma.”

Serie A’s only remaining club in Europe is Lazio, who face Sparta Prague in their Europa League second leg on Thursday. The tie is currently level at 1-1 on aggregate.