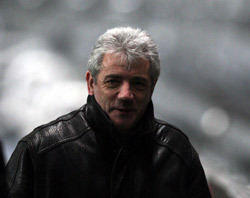 Newcastle manager Kevin Keegan has confirmed he will be meeting club owner Mike Ashley on Friday.

According to reports Ashley had summoned Keegan down to London for talks as he was furious with the Newcastle boss chief for his outburst following the defeat to Chelsea.

In the wake of Monday’s 2-0 defeat to Chelsea, Keegan claimed Newcastle could not challenge the top four and were ‘a million miles away’ from competing with the likes of Chelsea.

Keegan also revealed he did not know how much money he would be given to spend in the summer.

“I am going to London tomorrow to talk with Mike Ashley. That’s a good thing and I will look forward to that,” Keegan said.

“That’s the only comment that really I am going to make on anything to do with that today.

“Any other questions, they’ll save for another day and I will try on that day, whenever it is, to answer them as honestly as I can.”

Keegan made it clear that he needs to strengthen if Newcastle are to improve on this season’s disappointing season.

“That’s why you need a bigger squad and you have to try and think, not what’s going to go right, but what happens if something goes wrong.

“We’re still looking and still trying to asses what we need and what’s available out there, and sometimes in football a player becomes available that you never thought and there might be a rush to get him and hopefully we would be in that rush.

“We lost out on one player recently (Luca Modric to Tottenham), but that’s not unusual, so we’re in there pitching and if you’re in there you might get them in.”