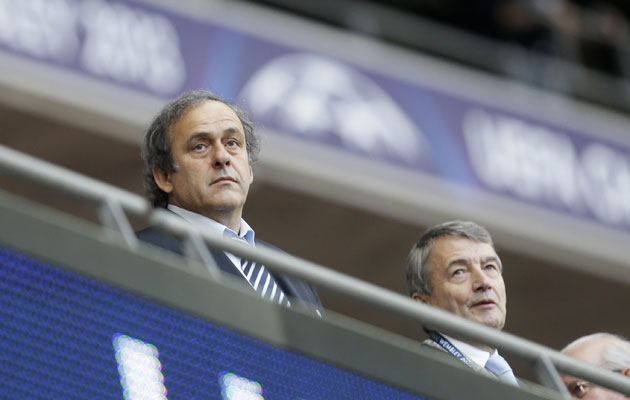 The chief executive of Adidas, one of Fifa’s major sponsors, believes Uefa President Michel Platini would be the ideal replacement for Sepp Blatter as the head of world football’s governing body.

Herbert Hainer told German weekly Focus: “For me, Platini is the most suitable candidate.”

“He leads Uefa, with the best club teams worldwide and the strongest club competition, the Champions League. He has done a really good job in his two terms in office.”

Former France captain Platini hasn’t yet said whether he will look to succeed Blatter in the Fifa presidential election expected in a few months.

Blatter, who has been in charge of football’s governing body since 1998, announced his departure on June 2 amid a crisis provoked by US and Swiss federal investigations into alleged bribery and corruption.

“Fifa must be positioned in such a way that corruption and bribery can never again be possible,” Hainer told Focus.

He said he had several conversations with Fifa officials in recent weeks.

“I can assure you that everyone in Zurich has understood that Fifa must be reset as quickly as possible in terms of transparency,” he said.

Hainer said that the events of recent months “have damaged everyone: football, the sponsors, but above all Fifa.”