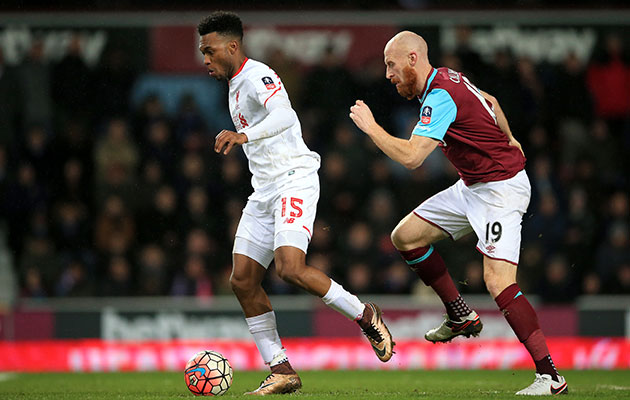 Sturridge has been in good form and physical condition since his long awaited return from a series of injuries and Klopp is being extra vigilant when it comes to managing his game time.

Ahead of the Merseyside derby tonight against Everton, Klopp has a dilemma whether to use Sturridge or Divock Origi – who has been in great form too.

However when Klopp was posited the question as to how he would prevent Sturridge from getting another injury he said:

“Now we can say ‘Oh my God, Daniel is back, let’s push him through all these games!’ Yeah?

“If you think that is right, write it. If not, don’t ask me anymore. We will do what we think.

“But still, after this long period, you cannot use Sturridge as an orange and take each little bit of the juice.”

Another option would be to start Sturridge and Origi together – however Klopp has only started them twice together, but said they could forge an effective partnership.

“Of course they could. They have shown that they can play together,” he said.

“They can be very good together. But at the end, we have to find the solution. Who knows whether I start with one or two or someone comes on and makes a big difference in the game. It is a great situation and hopefully it stays like this.”