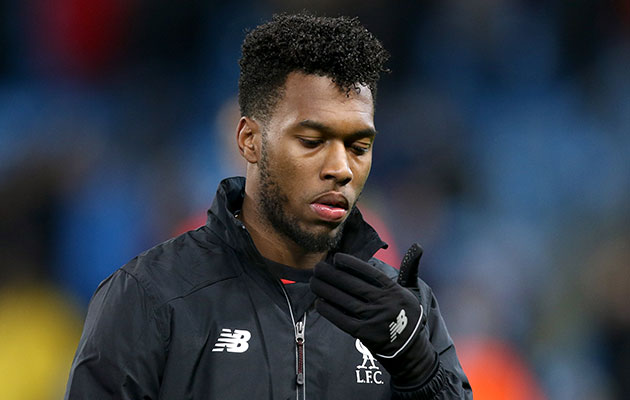 Liverpool manager Jürgen Klopp has refused to discuss reports that Daniel Sturridge wants to quit the club, after missing much of the season through injury.

Sturridge, who has not played since 6 December, has returned to full training at Liverpool but is still some way short of making a start for the club. Klopp is hopeful that he, along with other recent injury absentees, Philippe Coutinho and Divock Origi, may be fit to play some part in next week’s FA Cup replay against West Ham.

However, when it came to the claim that Sturridge is looking to leave Liverpool, Klopp said there was no truth in the stories.

“Daniel has been back in training two days and that is great, so everything looks good in this moment,” said Klopp. “Now it is normal football training. The day before yesterday he was with Phil and Divock – you see these three players and you know what you have missed.

“Obviously there were a few problems in the past with a few injuries, not just since I was here, and that is part of the truth but this is the past and it would be cool if we could leave it there and we can start from now on. What Daniel needs, what each player needs, is consistent training, training, training. That is normal to be fit for Premier League football. We tried everything we could to bring him to this shape and now we are in the moment when hopefully we can get the benefit of this work.

“He’s not available this weekend because of training. Now it is two days’ training, today will be the third and it is not too intensive. Divock, Phil and Daniel are in training and you think after five minutes we should put them in the squad but that is the moment when you have to say ‘Come on, we have to have another three sessions which we can use and maybe be available for West Ham’.

“The Daniel story is not a story. How can it be a story? You cannot create stories and then ask me. If someone wants to say something at least write your name under it and don’t suggest something that is not too cool. It is absolutely not frustrating, it is not interesting.”