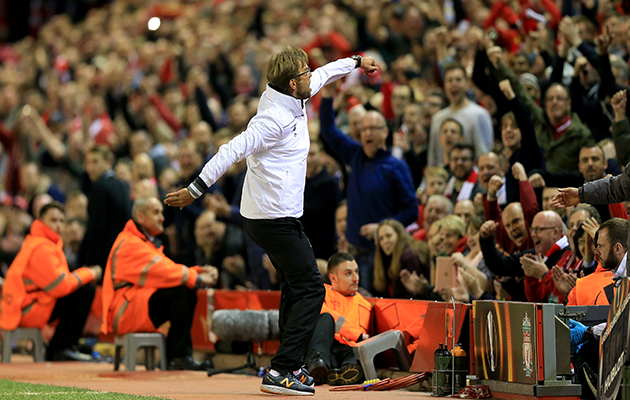 Liverpool manager Jurgen Klopp has defended his behaviour after his Villarreal counterpart, Marcelino, criticised the way the German celebrated a goal in the Reds’ Europa League win.

Klopp, as ever, an animated presence on the touchline, was involved in a row with Marcelino in the first half during Liverpool’s 3-0 victory in their semi-final second leg.

“Klopp is who he is,” the Villarreal coach said afterwards. “A great coach, but in the regards to the rest, I won’t keep it to myself – I wouldn’t want to be like him. Today, he went too far with his celebrations.”

Klopp responded by mimicking the words of Marcelino, saying: “I would not be like him one second in my life – and he is a great manager.”

Villarreal appeared to freeze on the night, their discipline fraying as epitomised by the red card issued to Victor Ruiz for a needless second yellow card midway through the second half.

Klopp said the frenzied atmosphere at kick-off fuelled the players on what was another memorable European night at Anfield.

“I have not the right words for this performance so maybe you can find a few – it is your job,” Klopp said.

“It was nice to watch, be part of it, the whole performance from 6:45 when we drove through the road again.

“The first half-hour was power, the will was obvious and 15 minutes [of the first half] we lost a bit of patience. Second half we were back to the plan. We were very emotional plus very smart and scored some wonderful goals.”

Daniel Sturridge, who justified his manager’s decision to pick him by scoring the second goal and providing a vibrant all-round performance, was singled out for praise by Klopp.

“A great game from Daniel Sturridge,” Klopp added. “You all see now when Daniel Sturridge is fit he is an unbelievable striker but even he needs players to play with and I know about his quality, I knew before I came here. Great player.” 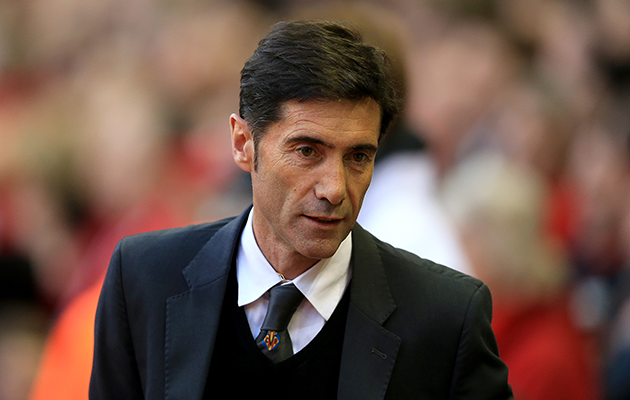 Marcelino was unhappy with the performance of the referee at Anfield.

“In the context of this game the referee was letting a lot go so to then see a sending-off you make your own conclusions,” he said. “I don’t think the refereeing was quite equal for both sides.”

On the game itself Marcelino added: “Things didn’t work out how we had planned them. It hit us hard conceding that early goal, it was a hammer blow.

“It was tough against an opponent who played with a huge amount of intensity, maybe on the margins of the rules at times but it was allowed.

“Liverpool played better than us but for all their superiority they didn’t create too many chances.

“When we got to the sending off it was pretty much game over by then.”