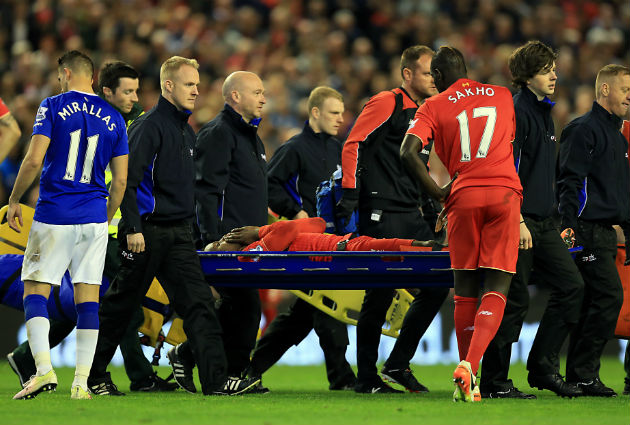 Divock Origi could still feature for Liverpool again this season despite sustaining a “serious injury” against Everton, according to manager Jurgen Klopp.

Origi suffered a nasty injury to his ankle following a studs-up challenge from Everton’s Ramiro Funes Mori, but Klopp – whilst acknowledging the injury was serious – was optimistic the player could play again this season.

“I don’t want to really answer. I can, of course: it’s an injury, it’s serious. We’ll try everything.

“I’m long enough in this business to know we’re all different. We don’t have to make any general [diagnosis].

“We have to work with him, and see what happens—the same with Emre Can. We’re all individuals.

“A long time ago I had an ACL, and played after four months. Nobody believed it but I had no problems.

“We can’t say now the season is over for him.”