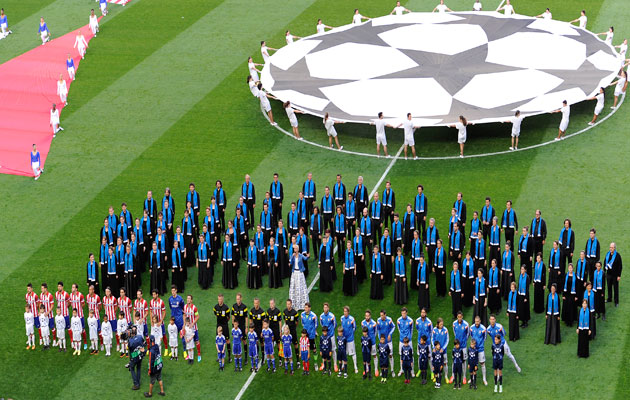 The president of Spain’s top flight has set the ambitious target of attracting all the best players in the world to the country and rival the commercial power of the English Premier League.

“We want to make sure we have the biggest clubs and also the best players from the whole world in our league,” said Tebas.

Two of the biggest stars from the 2014 World Cup, James Rodriguez and Toni Kroos, have joined Real Madrid this summer.

Rodriguez, Kroos and Barcelona’s new signing, Suarez will feature in the ‘El Clasico’ meetings between Real Madrid and Barcelona next season alongside the likes of Bale, and the two players widely regarded as the best in the world, Cristiano Ronaldo, Neymar and Lionel Messi.

Further incomings include Mario Mandzukic, who has joined champions Atletico Madrid in a deal worth £22million, while the Champions League runners-up have also splashed out £24m for Real Sociedad’s French forward Antoine Griezmann.

Tebas is trying to bridge the financial gap by raising the profile of La Liga by targeting new markets, including the United States and Asia.

“It is impossible to compare us with the Premier League from a commercial perspective,” said Tebas. “What we are trying to do is get closer to them.

“We have been in Asia but right now our aim is to bring more teams from La Liga to this part of the world. We are working on this, it’s a long-term project and is why we are here in the United States.

“There is a lot of support out here for Real Madrid and Barcelona. Our goal is to bring more teams here from La Liga so the football supporters in the United States can get used to them as well.”

It may prove a tough sell. If the commercial success of the Premier League relative to its European competitors tells us anything, it is that most of the new markets are less concerned with the quality of the players and more taken with the thrills, spills and overall unpredictability provided by England’s top division.

Real Madrid and Barcelona could continue to cream off the world’s top talent, but while the league remains ostensibly a duopoly (let’s assume for now that Atletico’s remarkable success was an outlier) the overall appeal of Spanish football, will remain limited. The only way that problem can be addressed would be if both leading clubs were prepared to forego some of the competitive advantages they currently enjoy.