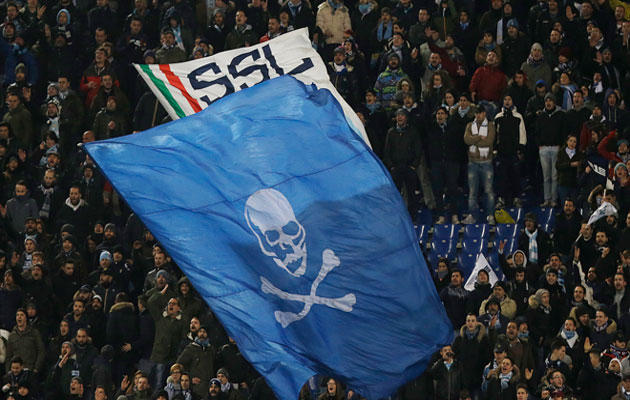 Lazio have been given a one-match supoorter ban, suspended for a year, for the Curva Nord after yet another incident of racist chanting by their supporters.

The sentence is suspended for one year, so the club will not face an immediate stadium closure, but any similar penalty incurred in the next 12 months will see the ban and fine added to any sentence handed down for the second incident.

In its official judgement the Lega Serie A declared that around 50 per cent of the 7,700 Laziale in the Curva Nord were heard repeatedly aiming racist chants at Genoa players during last night’s 1-0 home defeat.

The judgement states that on eight separate occasions in the first half racist chants were aimed at Mbaye Niang and Edilson.

The club was also fined €15,000 for offensive chants directed at the match officials.

It’s not the first time Lazio have been punished for the racist chants of their supporters,  nor the second, the third, or the fourth, and them receiving a paltry one-match ban suspended for the year, you can be sure it won’t be the last time either.