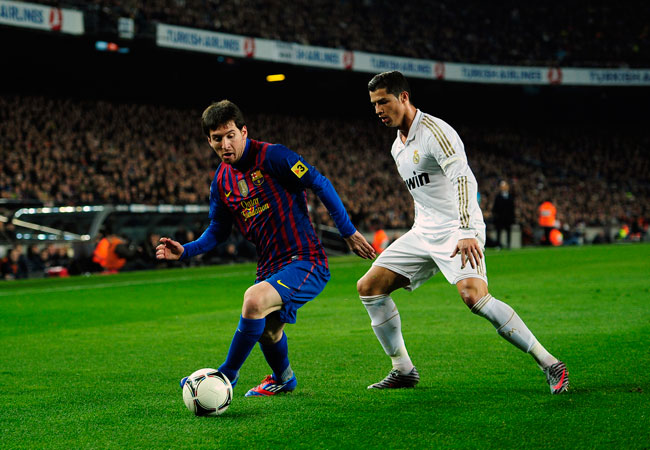 La Ligaplan to showcase players such as lionel Messi and Cristiano Ronaldo to the rest of the world.

La Liga plans to create a new tournament called the “LFP World Challenge” which will see friendly matches played in Europe, North and South America and Asia in order to promote Spain overseas.

The competition, which will also feature teams from other nations, was launched on Thursday by Spanish Football League (LFP) president Javier Tebas and Spain’s sports minister Miguel Cardenal.

Tebas said in AS that the idea was to utilise the appeal of Real Madrid and Barcelona and advertise both the Spanish game and promote the country’s image overseas.

“The objective is to generate confidence and value in the Spanish brand and football can play a part in this,” he said. “La Liga puts Spain’s brand on a global level. For example, El Clasico, which has 400 million spectators. All our clubs are going to unite with this global experience, so that Spain’s brand can keep growing.”

Early details of the tournament suggest the idea is to play the games over three years – with first phase of games [to be called “Time of Challenge“] to be held in summer 2014 – either at the end of the regular club season, or during pre-season for the 2014-15 campaign.

Summer 2015 will see more games [the “Challenger Select Series“] in which non-Spanish teams will be invited to play. The Spanish team with best results over these games will play in a final during summer 2016 against the club that has won the most La Liga titles in the previous three seasons.

If nothing else, a tournament spread across three years with no end in sight would promote one of Spain’s most notable customs – that of mañana.

Tebas said games would be hosted in cities all over the world, with the aim of promoting both Spain and Spanish football.

“We will travel to Houston, New York, Mexico City, Monterrey, Guadalajara, Peru, Colombia, Venezuela, Argentina, China, Indonesia, Mongolia, Malaysia, Turkey…,” he said. “There is no financial value if we do not go out around the world.”

Although the inclusion on that list of Mongolia suggests that Tebas was simply reciting the first names that came into his head.

Sports minister Miguel Cardenal explained how the games were a chance for Spanish clubs – many of whom would now be bankrupt if the government collected the back taxes owed to them – to do something positive for the currently troubled Spanish economy.

“Spanish football generates recognition and admiration all over the world,” Cardenal said. “The LFP, like the rest of Spanish sport, is giving a lesson in how to help the economic recovery of our country.

“There will be a football match and Spanish Experience, a business event that will accompany the football, and it will serve to help Spanish businesses grow. Seminars. Congresses. I think that Spanish football owes Spanish society.”