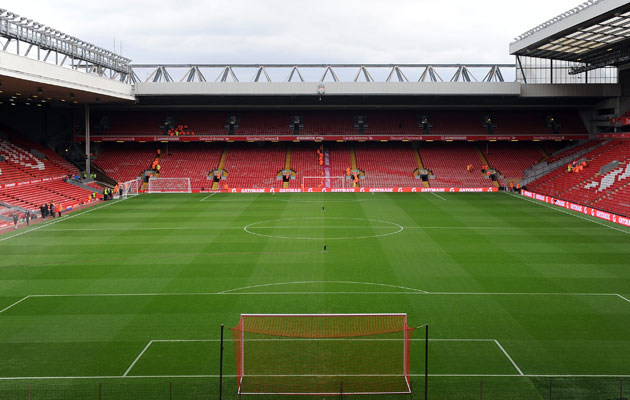 Liverpool have defended their decision to increase the provision for corporate hospitality at the redeveloped Anfield, by saying that it will ensure the club does not fall into debt.

The club expects to generate an extra £20m per season from the new main stand at Anfield and will fund the £114m cost of the project through an interest-free loan from Fenway Sports Group, the club’s owners. The interest-free loan of £114m is scheduled to be repaid over five to five-and-a-half years.

The new 20,000-plus capacity stand is due to be completed by summer 2016 and will increase Anfield’s overall capacity to around 54,000. Work on the new stand is scheduled to begin early next year. Scope for further development of the ground exists, provided it remains economically viable.

Corporate hospitality will feature heavily in the new main stand with the number of hospitality seats rising from the current 3500 to 7000, but chief executive Ian Ayre has defended the increase.

“I don’t think there’s a football club in the country who could afford to spend money on a new stand without the assistance of corporate hospitality. It pays,” said Ayre. “It will probably pay two thirds or more of the payback of this facility and that is a fact of life. You can’t find economic solutions that work in big new stadiums that don’t have corporate.

“We will still be some way behind the corporate hospitality numbers they have at Old Trafford and probably around the same sort of level they do at Arsenal. That feels right for the model we have created.

“The overall percentage of corporates when we finish will not be that dissimilar from today. We are increasing capacity and keeping the corporate seats in line as a percentage. We know the demand is there for both.

“Driving prices in those corporate areas helps. People often point at the corporate fans and say they are not real fans or whatever, but the reality is they make a huge contribution to the football club and keep ticket prices at the level they are. Without them, the revenues would be much smaller and if other costs were at the same level, everybody else would get hit in some form: sponsors, general admission prices, everyone.”

Liverpool’s annual matchday revenue of £45m is dwarved by Manchester United who earned £109m in the 2012-13 season. Both Arsenal’s with £93m and Chelsea with £71m can rely on the huge corporate market of London to boost their matchday coffers.

There will be minimum disruption at Anfield during construction work as the new construction will be located behind the existing main stand, with the two structures eventually connecting under one roof.

“The football club for many years has been looking for a solution and although it has been a long time coming, under this ownership and management group it has actually been a quick process. We spent the first 18 months looking at a variety of solutions and decided staying at Anfield was the best. It has taken two years to get where we are today where we have certainty. What we always said is we did not want to create any false dawns. Today is that day where we have the certainty on planning, with a construction partner and with funding. We are ready start the work on Monday.”

The Liverpool chairman, Tom Werner, said: “It was just over two years ago that we said our preference was to stay at Anfield and here we are today announcing that the expansion is going ahead. We have made more progress in the past two years than in the last decade.”