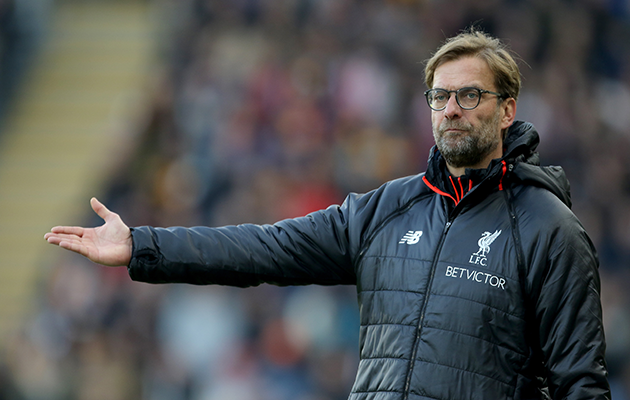 Liverpool’s run of just one win in their last 10 matches has prompted questions about the decision last summer to award manager Jurgen Klopp a six-year contract.

Former Liverpool midfielder Dietmar Hamann says he found it “strange” the club gave Klopp a new contract less than a year after his appointment.

Klopp, who initially joined Liverpool on a three-year deal in October 2015, was handed the new deal in July after the club finished the season eighth in the Premier League and having reached the League Cup and Europa League finals.

Liverpool began the current season brightly, but a terrible start to 2017 has seen them knocked out of the EFL Cup and FA Cup as well as dropping to fifth in the table.

Speaking in the wake of Liverpool’s 2-0 defeat to Hull City, Hamann said: “They won’t win anything this year and they may not finish top four.”

“I found it strange in the summer I’ve got to say because, if you look at the pure facts, Jurgen Klopp came in and I think he changed the perception in the city and the football club.

“He gave them common sense and he made an impact when he came in, but if you look at the pure facts I don’t think the points average has improved dramatically since Brendan Rodgers.

“You get to two finals, you lose two finals. I think they both should and could have won – especially the second one against Sevilla [in the Europa League].

“That would have had a huge impact as they would have been in the Champions League. They have probably made a decision with their heart and not their head by extending the contract by another four years.

“In recent years whenever the chips have been down the team have failed and that hasn’t changed with Klopp.

“Whether Klopp can change it with this team, or another, I am not sure, but something has to change because the way the team is going in recent years is not good enough.”

“I feel 100% responsible for defeats”

Klopp acknowledged that the buck ultimately stops with him.

“You cannot believe how many questions I ask myself, even when we win five or six nil,” he said. “That’s not a problem. I don’t think I’m perfect. Things like this don’t change that.

“I feel 100% responsible for defeats, much more than I feel for wins. It has been like this my whole life. That doesn’t mean it’s for me not suffering or to be sorry for yourself, to have self-pity. I’m not like this.

“When I get up tomorrow I will only be solution-orientated. There are solutions, 100%. Now we have to change it – that’s a football thing. Even though at this moment it feels really bad, it’s not the biggest problem in the world.