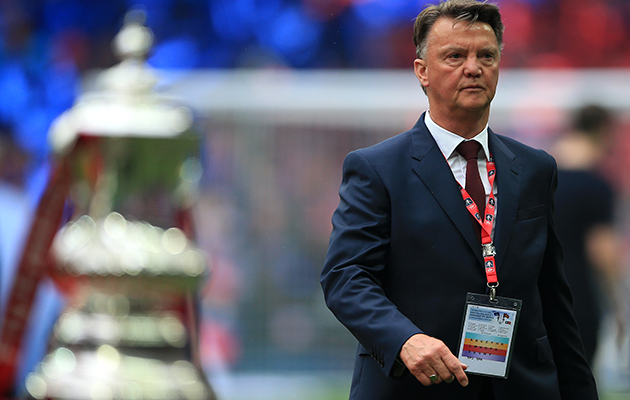 Louis van Gaal is reported to have said his farewells to members of Manchester United’s backroom staff on Sunday, even though there has been no announcement by the club about his future.

It is believed that by the time the team arrived back in Manchester after United’s FA Cup final win over Crystal Palace on Saturday, neither the Dutchman nor his coaching staff had been told what was happening by United.

The BBC reported within hours of the Cup final that the club is set to appoint Jose Mourinho as manager later this week.

Before he left London, Van Gaal told some staff that he did not know if he would see them again, although the 64-year-old said later that he still “hoped” to be in charge for the final year of his three-year contract.

Van Gaal said “it’s over” when a reporter approached him as he left the team hotel on Sunday. However, the former Holland, Barcelona and Bayern Munich manager is said to have been referring to his side’s season rather than his own job.

Some members of Van Gaal’s Old Trafford staff are believed to be unhappy at the lack of communication from the club’s hierarchy.

United’s executive vice-chairman, Ed Woodward, and Joel and Avie Glazer, part of the American family who own the Premier League club, were at Wembley on Saturday, but they are not thought to have spoken to van Gaal at an official function after the Cup final.

Van Gaal has previously insisted that he would see out the last year of his contract, despite his side failing to secure a top four spot and Champions League football for next season.  A fifth-place finish means United will play in the Europa League during the 2016-17 campaign. Winning the FA Cup, though the realisation of a lifelong dream for van Gaal, is not thought to be sufficient return on the £250m he has spent on new players during his two-year reign at Old Trafford.