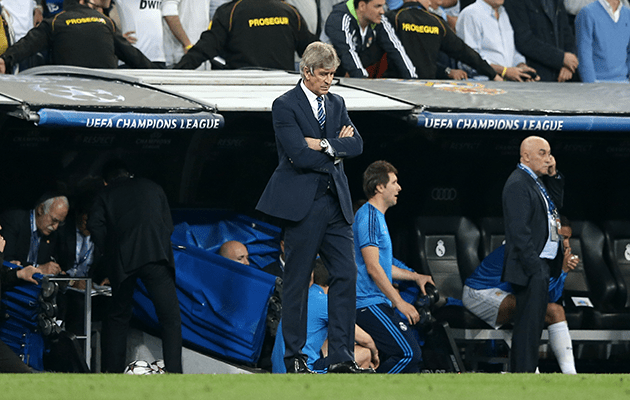 Manuel Pellegrini felt his Manchester City were unlucky as they were knocked out of the Champions League by Real Madrid on Wednesday.

The semi-final defeat came courtesy of a deflected Gareth Bale’s cross which Fernando diverted past Joe Hart to send Real into the final.

“They were very lucky with their goal and we were very unlucky because it was a deflected cross that put the ball in the top corner,” Pellegrini said.

“The goal gave them more time to play but both teams couldn’t create, and it was very similar to the first leg with both teams without many clear chances.

“We played a strong team, but not one that was better than us, so you need a bit of fortune. It’s not the reason why didn’t win the game, we tried to create and we couldn’t, and that’s why we are not in the final.

“But you always need some luck and this time Real Madrid was lucky with the goal.”

Other than a Fernandinho effort which grazed the outside of the post shortly before half-time, City created little at the Bernabeu, but Pellegrini said he had no regrets about the way his side had played.

“I don’t have any regrets,” he added. “We worked very well for 90 minutes and that’s why Real Madrid couldn’t create but after the work, you need to be creative and players to make the difference in the last third, and today we couldn’t.

“We had a chance when Fernandinho hit the post, but there was not too much for both teams. I think we were also missing David Silva, and with Yaya Toure coming back from an injury, meant we didn’t have many creative midfielders that could make the difference.”