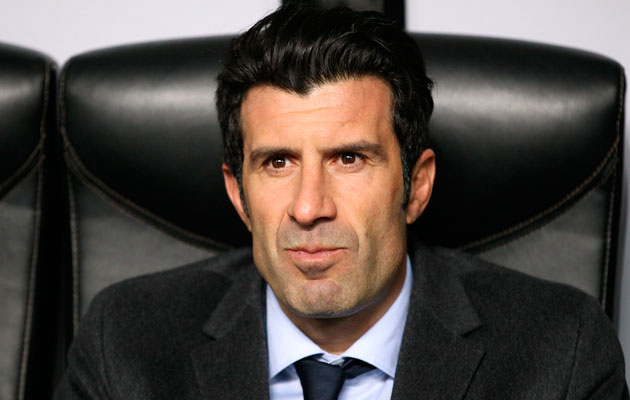 Luis Figo has decided to stand to become FIFA president, saying he hopes to overhaul an organization that has become synonymous with “scandal.”

The former Real Madrid and Barcelona forward confirmed his intention to run against incumbent, Sepp Blatter, in an interview with CNN.

Figo, who enjoyed a distinguished playing career and was twice voted World Player of the Year, has worked as an ambassador for Inter since retiring.

“I care about football, so what I’m seeing regarding the image of FIFA – not only now but in the past years – I don’t like it,” he told CNN.

“If you search FIFA on the internet you see the first word that comes out: scandal – not positive words. It’s that we have to change first and try to improve the image of FIFA. Football deserves much better than this.

“I’ve been talking with so many important people in football – players, managers, president of federations – and they all think that something has to be done.

“Last year was the World Cup, I was in Brazil and I saw the reaction of all the fans regarding the image of FIFA and I think something has to be changed.

“Change in leadership, governance, transparency and solidarity, so I think it’s the moment for that.”

The deadline for nominations is Thursday and Figo confirmed he has secured backing from the five FIFA member associations required to get his name onto the ballot paper for May’s election.

Figo said the controversy over the failure to publish a report that investigated the bidding process for the 2018 and 2022 World Cups – awarded to Russia and Qatar respectively – had convinced him to stand against Blatter.

“After that report was not published I think that was the moment of change and the moment I thought that something had to be done,” Figo said.

“[Publishing the report] is the easy thing to do if all the people is doubting what happened. If it came from FIFA to order that report and after that you don’t publish, it is not a good decision.”

Blatter is standing for a fith term, and despite the scandals to have rocked FIFA in recent years, is widely expected to win. But, despite the odds being stacked against him, Figo is looking forward to the challenge of unseating the lonstanding president.

“I think no one is untouchable in this life,” he said. “If you think like that you are wrong.

“Of course [Blatter] is a person that is running the organization for so long, since 1998, and a lot of people can be the favorite but I can say for me it is a fantastic challenge to try and convince the people to follow me and support me.