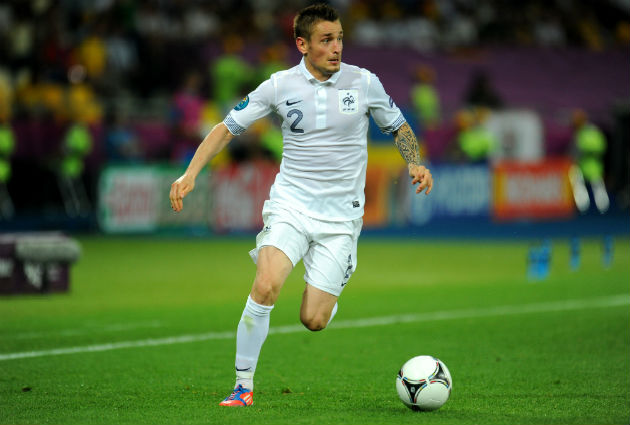 Wantaway Arsenal defender Mathieu Debuchy is a surprise target for Manchester Utd according to The Mirror.

Debuchy has made it clear over the last few months that he does not envisage his future at the Emirates and would like to move elsewhere to force his way back into the France squad for the upcoming European Championships.

Arsenal manager Arsene Wenger strongly hinted that a permanent deal was off the table for Debuchy, but he did not rule the possibility of a loan deal:

“At the moment it doesn’t look likely but it is still a possibility. Yes [it will be a loan] because it’s impossible to conclude a permanent move now.”

However according to The Mirror, Man Utd look like a surprise contender to capture the signature of Debuchy.

Utd have a shortage at full-back currently with the likes of Matteo Darmian, Antonio Valencia and Ashley Young out to injury.

Debuchy could ease the burden there, however it remains to be seen whether or not Arsenal strike a deal with a rival club.

Sunderland were tipped to sign the defender after Aston Villa have baulked at Arsenal’s apparent £1.5m loan fee and Debuchy’s £60,000 a week wages.