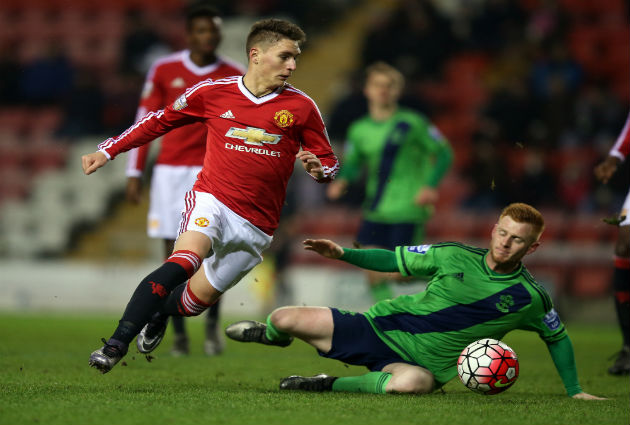 Louis Van Gaal has had a positive week, buoyed by Manchester Utd’s progression in the FA Cup and winning against Stoke City with style and panache that is usually associated with the club.

However, he will have to deal with the comments made by right back Guillermo Varela, who has called Van Gaal’s personality “difficult.”

Varela was picked for the club’s FA Cup victory over Derby, but was dropped against Stoke and his comments will not endear him to Van Gaal.

Van Gaal is unlikely to be pleased with Varela's comments about his 'personality' https://t.co/9zhXjXHJLJ #mufc pic.twitter.com/PnajNbuQkb

“The rumours say there is always some kind of problem with the South Americans,” Varela told Ovacion.

“If I tell you the truth, I have had none. When we’ve had to talk it has been clear and stayed at that.

Varela added: “He has a difficult personality. Sometimes it is not so easy for the players.”

Varela also commented on the Southampton defeat which saw many supporters react angrily to Van Gaal and the right-back said:

“The stands were falling down. They know that things are not going well and the fans get anxious, just like the players.”

Varela also drew comparisons between the Spanish and English reserve team set-up, and was critical of the English league.

“[Real Madrid] Castilla is something different, playing in the Segunda Division or Segunda B, and you have a lot of pressure. They treat you like you are a first-team player and that’s impressive.

“Here in Manchester the reserves are totally different. The league in which they play is not very good, and more about development. It is very good for the kids who are growing up, but when you reach a certain age it is not so much use to you.”