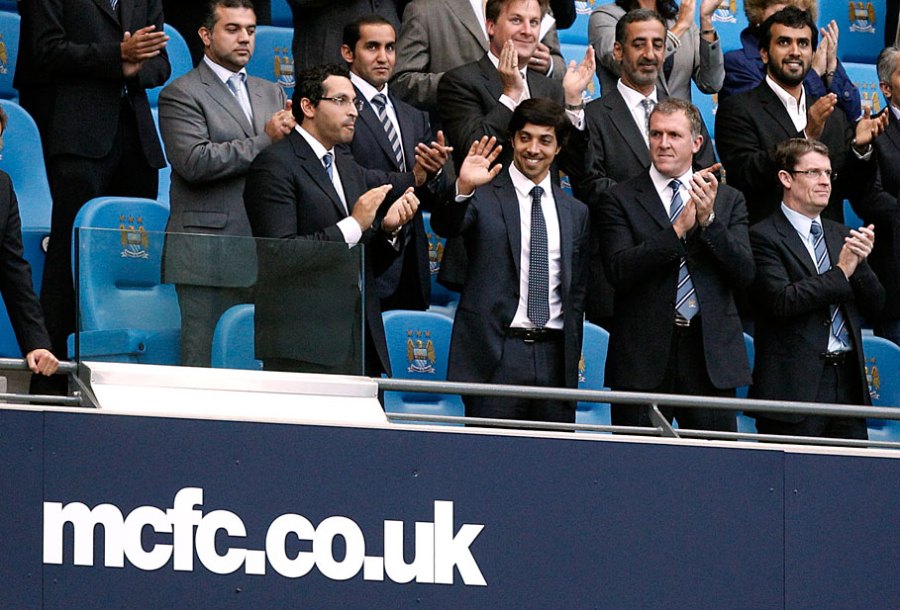 Tonight, for the first time, that dream will come true as Manuel Pellegrini’s side face up to Barcelona – arguably the glamour side of European football.

Tonight’s encounter at the Etihad has tested the loyalty of many football fans in the UAE, where Barcelona are idolised, but City, owned by the Abu Dhabi ruling family are an emerging force.

Since it was set up in 2011, membership figures for the official UAE Sky Blue fan club have passed the 20,000 mark, with regular trips organised for Premier League and Champions League matches.

During the past 48 hours, fans from across the UAE and the Arabian Gulf have begun arriving in Manchester in unprecedented numbers, with more than 1,000 are expected by kick-off tonight, according to the club.

City have always been a well supported club, but their core support has always been overwhelmingly local. That they can now attract sizeable numbers from overseas suggests that Manuel Pellegrini’s boast about the club outstripping local rivals, Manchester United, was not an idle one.

“When Barcelona were drawn against City, it was always going to be a huge game in the UAE,” Salam Almer, a 44-year-old fan who has flown from Abu Dhabi to see the game, told the Abu Dhabi-based The National. “Barcelona are the most popular team in the Gulf, and with the City ownership link to Abu Dhabi, there is massive excitement.”

Since that draw, the club say sales of City shirts at the official City Store in Abu Dhabi have soared, with Toure’s name being the most requested.

“There are a group of nine of us in Manchester for the game and we have been twice to the Champions League this season already,” Almer said.

“If City can beat Barcelona, it will be a very important step forward for the club and the team. Hopefully we can do it, but we are playing the greatest team ever put together.”