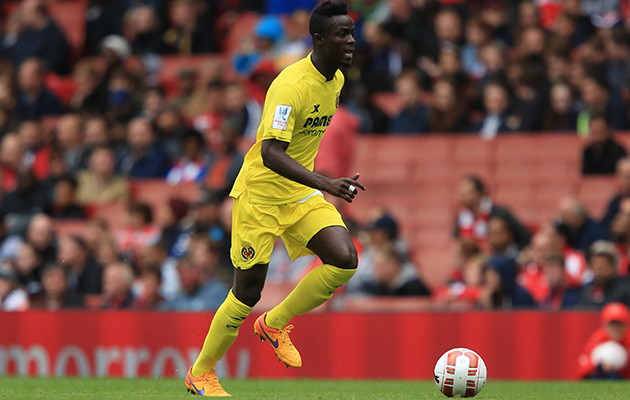 Manchester United have confirmed the signing of Eric Bailly from Villarreal.

Provided he secures a work permit, Bailly will become the first signing of new United manager Jose Mourinho. No fee has been disclosed but the deal is reported to be worth in the region of £30 million.

The Ivory Coast international joins on a four-year contract with the option to extend for a further two years. He has described the move to Old Trafford as “a dream come true.”

“To play football at the highest level is all I have ever wanted to do,” he told United’s official website.

“I want to progress to be the best that I can be and I believe working with Jose Mourinho will help me develop in the right way and at the right club.

“I am looking forward to meeting my new teammates and to starting this new chapter of my life.”

Mourinho, meanwhile, highlighted Bailly’s potential and said he thinks the 22-year-old could mature into one of the best defenders around.

“Eric is a young central defender with great natural talent. He has progressed well to date and has the potential to become one of the best around,” Mourinho said.

“We look forward to working with him to help nurture that raw talent and fulfil his potential. Eric is at the right club to continue his development.”

Bailly was an integral figure in the Villareal side that reached the Europa League smei-final last season and also qualified for next season’s Champions League. Predominantly a centre-back, he is a versatile performer and has been capped 14 times by Ivory Coast, with whom he helped win the African Nations Cup in 2015.

Bailly made 47 appearances for Villarreal since his move in January 2015 from Espanyol.