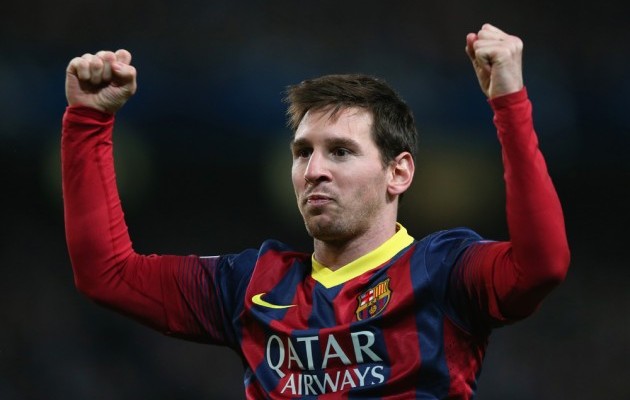 Barcelona forward Lionel Messi will sign a new deal in the summer that will be make him the highest paid footballer on the planet this summer.

The Argentina international, who has been at Camp Nou his entire career, will be rewarded with a pay rise at the end of the season.

News of the new deal will come as a relief to Messi, who has been struggling to get by on a meagre £12 million salary in recent years. Although, factor in commercial endorsements and sponsorship deals, and you can double that figure. Nevertheless, among elite athletes, a pay rise is less about money and all about prestige. When you’re a four-time World Footballer of the Year and you hear that Wayne Rooney (Wayne Rooney!) is earning more than you, a word with your agent and a visit to the club president is called for.

Barcelona president Josep Maria Bartomeu already suggested that the the 26-year-old would be rewarded for his  continued excellence, and now intends to persuade Messi to commit himself to the club for the rest of his career.

“We want him to be the world’s best-paid player and during summer everything will be sorted,” Bartomeu was quoted as saying by AS.

“We won’t sell him. He’s with us and hopefully he will retire at the Camp Nou.”

Barcelona will hope that he continues to score more goals like these. There are 60 in total – his haul from the 2012-13 season.

Bartomeu also spoke about Carles Puyol, who announced on Tuesday that he would leave the club at the end of the season after making 593 appearances for the club since making his debut in the 1999-2000 season.

“I don’t know what he will do in the near future, but I’m convinced he will come back to the club because he still has so much to give,” Bartomeu said of the veteran defender.

“He’s been an example for all of us with his fighting spirit. What he’s achieved at Barca is sensational.”