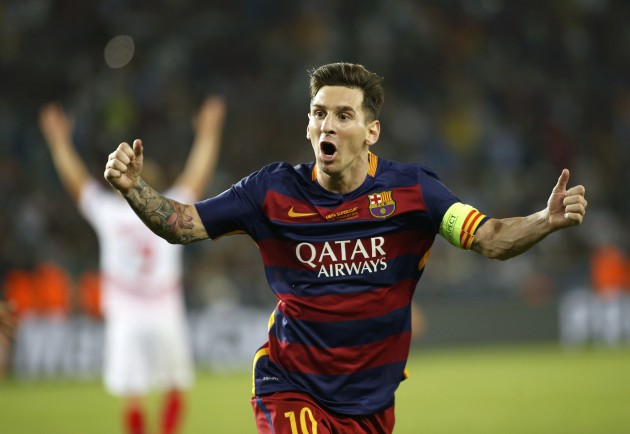 European football’s governing body announced an initial 10-man list in July and UEFA has now confirmed that that Messi, Suarez and Ronaldo have been selected for the three-man shortlist.

The winner will by announced by the 54-member jury vote at the Champions League group stage draw in Monaco on August 28.

Last year’s award was won by Cristiano Ronaldo following Real Madrid’s 2014 Champions League victory. But after his goals in Barcelona’s European Supercup victory over Sevilla, as well as the club’s treble last season, Messi will be the favourite to reclaim the award he himself won in 2013.