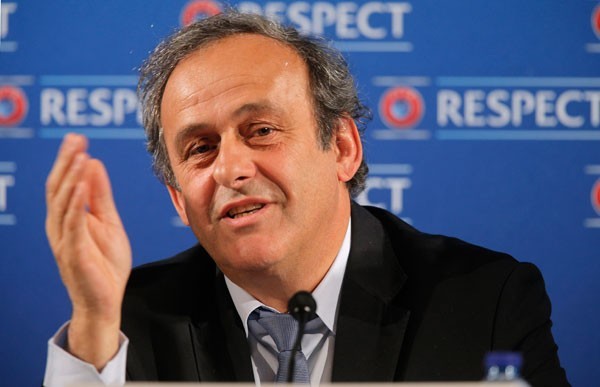 Uefa president Michel Platini retains the support of European football’s governing body, despite concerns over a £1.35m payment he received from Sepp Blatter, that led to him being suspended by the world body.

Outgoing Fifa president Blatter is under criminal investigation over the 2011 payment, while Platini has also been questioned – both men deny any wrongdoing and have appealed.

Uefa’s 54 members met in Switzerland on Thursday to discuss the issue. After the meeting reporters were tiold that Uefa as an organsiation stood by Platini.

“The meeting was very satisfying because we got a unified position of Uefa. We give to Mr Platini our support​,” he told the Guardian. ​“All nations give our support to Mr Platini to have a fair treatment.”

However, the BBC reported that there was a split within the 54 nations with some wanting an alternative strategy should Platini lose his appeal against the ethics committee suspension.

A statement from Uefa’s Executive Committee and Thursday’s meeting, delivered by Uefa general secretary Gianni Infantino, read: “We support Mr. Platini’s right to a due process and a fair trial and the chance to clear his name.

“We strongly call on all parties in the process to work very rapidly to ensure there is a final decision on the merits of the case by, at the latest, mid November 2015.”

“Mr. Platini was not present at any of today’s meetings due to his current provisional suspension,” Infantino added.

“At both Exco and member association meetings, a presentation was made by Mr Platini’s lawyer on the case which led to his suspension. Mr Platini’s lawyer explained all the facts surrounding his working relationship with Sepp Blatter. Following the presentations, every person present had the opportunity to ask questions and seek further clarification.”

He added of Platini’s own bid: “He is already a candidate for the Fifa presidency. He has submitted his candidacy, even though, while provisionally suspended, he cannot campaign.

“Once we have a final decision from CAS then the final decision will also relate to his candidacy. If he is cleared, he’s obviously a candidate again.”

Platini is a vice-president of world governing body Fifa, but was last week suspended from all football for 90 days by the organisation while it investigates the payment from Blatter.

The absence of a written contract detailing the payment had caused several countries to reconsider backing Platini in February’s Fifa presidential elections.

The former France footballer has said the money was payment for consultancy work he carried out for Blatter between 1998 and 2002. But the nine-year delay in receiving the rest of the payment has caused concern for some Uefa members.

Until the latest revelations, Platini was regarded as the strong favourite to succeed Blatter.

Despite the current uncertainty surrounding Platini’s position, Infantino remains confident that the Frenchman is the right man to reform Fifa.

“Nobody in isolation can change or reform Fifa, it must be a collective will. There must be a change in the leadership, in the philosophy, and everyone has to buy into this,” he said. “I see no reason why Mr. Platini, if he is cleared and elected as FIFA president afterwards, is not the man to do that.”