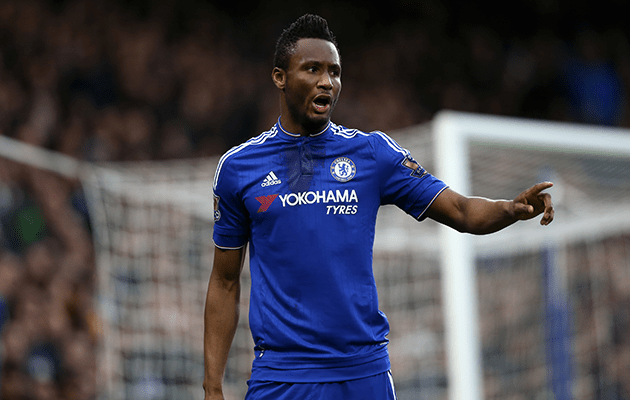 Mikel John Obi has become the latest player to quit Europe and move to the Chinese Super League after announcing he is joining Tianjin TEDA.

The midfielder becomes the second Chelsea player to leave for China in the January transfer window, after Oscar signed for Shanghai SIPG, Mikel revealed on Twitter he was heading in the same direction following a 10-year stay at Chelsea.

The Nigerian, who had also been linked with a move to La Liga outfit, Valencia, has failed to break into the Chelsea side under Antonio Conte this season.

“As you will know, I haven’t featured as much this season as I would have liked, and at 29 I still have many years in the game ahead of me,” he said.

“With this in mind, I feel now is the time to seek a new challenge. I’m delighted to be joining Tianjin TEDA FC in China, at a time that the Chinese Super League is really taking off, and I look forward to helping Tianjin TEDA FC continue to grow both on and off the pitch in the next few years.”

Mikel made 374 appearances for Chelsea following his arrival in 2006 and has won 11 trophies in that time.

“To play in the Premier League, the best league in the world, is every professional player’s ambition,” he added. “But to play for Chelsea, to become part of the Chelsea family, to work with some of the best managers and players in the world, has truly been an honour.

“To everyone at Chelsea – goodbye, and thank you. You will always be part of who I am, and I wish you the best of luck. I could not be happier to be saying goodbye with the club back where it belongs – top of the league.”

Meanwhile, the Chinese government said it intends to curb the amount clubs are spending on overseas players.

A spokesman of the general administration of sport said the government would “regulate and restrain high-priced signings, and make reasonable restrictions on players’ high incomes”.

The spokesman said the government would “set the upper limit” for transfer fees and income, and control “irrational investment”.

“We must take building 100-year clubs as the goal,” he said, adding that clubs’ financial supervision would be strengthened, and their spending on players would be controlled. “We will remove the seriously insolvent clubs from the professional league.”

The Chinese FA is to reduce the number of overseas players allowed in a team from five to four.