José Mourinho said he was pleased for the Manchester United fans after knocking Manchester City out of the EFL Cup, especially as it came on the back of Sunday’s humiliating defeat to Chelsea.

The United manager felt the 4-0 defeat at Stamford Bridge was an unacceptable scoreline for a club of United’s standing.

“It was a big defeat with numbers that the history of this club does not deserve,” Mourinho said after Wednesday’s 1-0 win.

“I felt deeply for the fans because they were still supporting. It is easy to be a Man Utd fan when you are winning the treble or five titles in seven years, not so much when you are losing 4-0. That’s why I am proud today, the spirit of the supporters is phenomenal here, I never had people like these ones. The love the people have for the club is bigger than bad results and bigger than three bad seasons.

“The performance was good, it was not phenomenal, but it was good. What was phenomenal was the spirit, the effort and the solidarity. This is the minimum that we can give to the fans.”

“We had to give something back and the players gave everything against City. Step by step we became more confident in the second half, we started pressing higher, the tempo improved and we had a greater intensity. This is not the Champions League final, it is only the EFL Cup, but to win against City gives everyone a better feeling.” 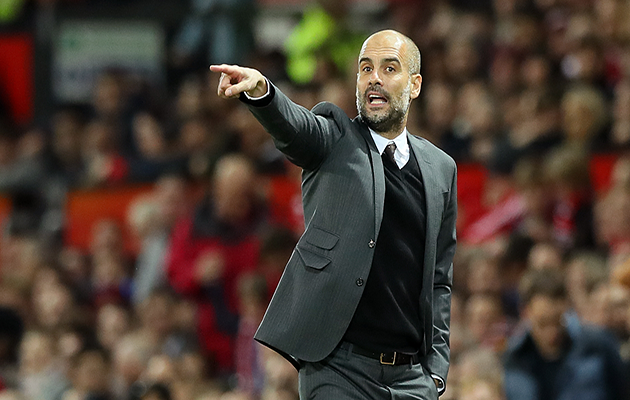 Pep Guardiola was understandably less than thrilled after a defeat which took City’s winless run to six matches – the longest in the Spaniard’s managerial career.

“Sometimes you win, sometimes you don’t,” Guardiola said, when asked if he was concerned about this winless run. “It’s OK. Hopefully it doesn’t happen again. The strange thing is that it’s taken seven years for this to happen. But we are going to change things as soon as possible.

“My approach will remain the same as it was when we were winning 10 matches in a row, I don’t intend changing anything, but we need to improve our results and we will.”