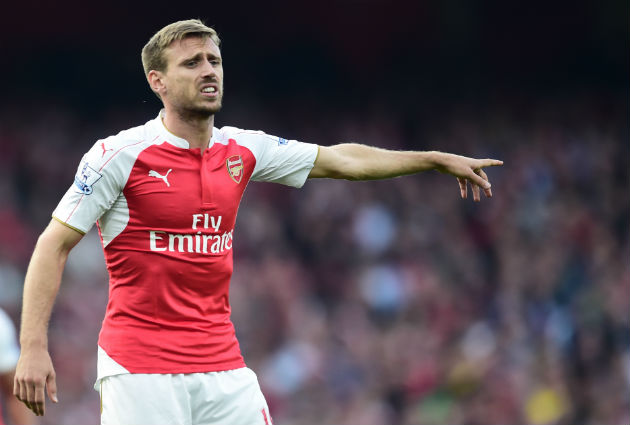 Arsenal defender Nacho Monreal has put pen to paper on a new long term deal with the club.

The defender signed from Malaga two seasons ago in the January transfer window, for £8.5m with Kieran Gibbs and himself vying for Arsenal’s left-back slot.

Subsequent injuries to Gibbs have allowed Monreal to cement his place as Arsenal’s first choice left-back and as a result he has produced a number of eye-catching performances in defence.

The former Malaga man has featured in all 22 of the Gunners’ Premier League matches this season and has been a model of consistency for the Gunners this term.

Gone are the days where Wenger only gave his players approaching their 30’s one year deals, and this is testement to Monreal’s performances.

Wenger, was full of praise for his left-back. Speaking to Arsenal player he said: “He has the consistency in his performances that is requested at the top level.”

The Arsenal manager added: “Overall, his attitude has been absolutely fantastic on a daily basis since he arrived here. He’s 100 per cent committed and I think as well he has always improved since he has arrived and has shown that in many big games as well.

“He’s calm, focused and dedicated. He’s well-accepted and loved by his partners. He has the modest approach of a player who wants to give his best to the team. Everybody senses that and that’s why I think it’s important for the club to have that stability.”

Wenger also paid homage to fellow full back Gibbs, and said that he was spoilt for choice in the left-back department:

“Everyone in the Premier League would say that he has become a very strong player. Arsenal are gifted at the moment, I must say, with two top-class left backs [Monreal and Kieran Gibbs].

“We have many young players. They need to be surrounded by experienced players, especially at the back.

“We now have experience at the back. Nacho is part of that – he’s a good example for the young players and we have a good bunch of young players.”