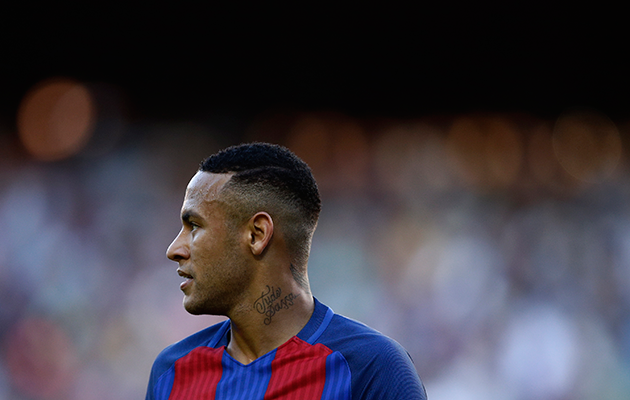 Neymar will end speculation about his future by signing a new contract with Barcelona.

The five-year deal, which will be signed later this week, will keep the Brazil forward at the Camp Nou until 2021.

[CONTRACT NEWS] @neymarjr will sign new contract on Friday that will keep him at the Club until June 2021 pic.twitter.com/RG8M6StxSC

The news will be a boost to the Spanish champions but a blow to Paris Saint-Germain who have been linked with the Brazil forward and who are one of the few clubs in world football with the resources to prise him away from Barcelona. Reports last month, claimed Neymar turned down a deal from the French side worth £42 million per year, along with a string of perks including use of his own private jet.

The 24-year-old said that he’d held discussions with several different clubs including PSG, but added that his desire was always to remain with Barcelona.

“Yes, we had discussions with many people, not just one [with PSG],” he said at the time.

“But I decided to stay at Barca because I feel at home here. I’m happy with my teammates and I’m Barca man.”

Neymar joined the Spanish club from Santos in 2013 and has scored 90 goals in 149 appearances for the club.

Meanwhile, Javier Mascherano, another player linked with a move away from Camp Nou, has signed a contract extension with the club, keeping him at Barcelona until June 2019.