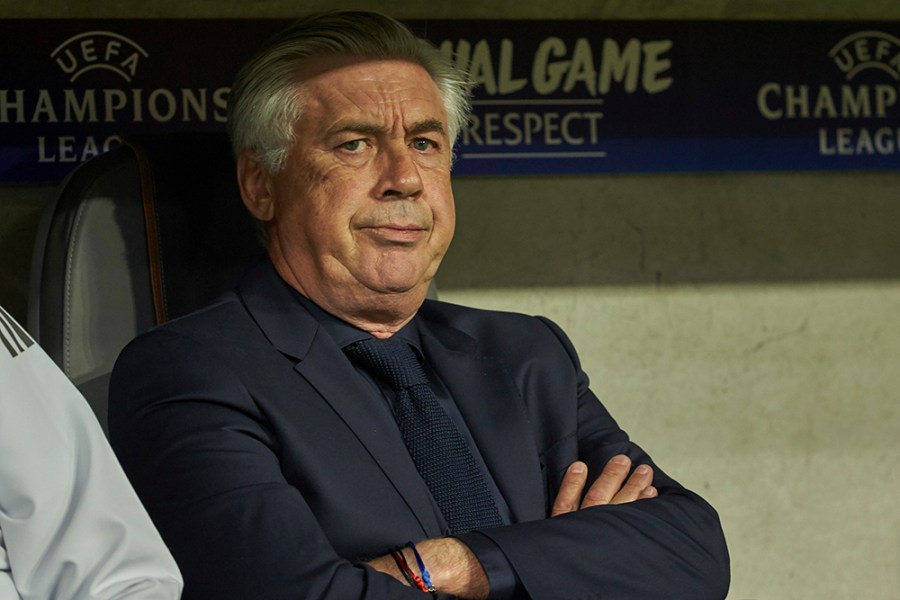 Paul Breitner claims the Bayern Munich Class of 2017-18 have taken a “backwards step”. Lothar Matthäus believes the Bavarians may not win a single piece of silverware this season. With astonishing foresight, Mario Basler predicts that coach Carlo Ancelotti will be packing his bags for China in January. Ex-Bayern players turned pundits currently are having a field day selling doom and gloom.
No one can be surprised that the critics are stalking the German champions like a lion in pursuit of a gazelle. Thus far this term, Bayern have yet to move out of second-gear, too often lacking in cohesion, fluidity and precision. Lacklustre both with and without the ball.
Especially worrying for Bayern is their inability to break down teams who defend deep and in numbers. Throughout their recent 2-0 Bundesliga defeat at Hoffenheim, they were inexpicably reticent to flood the opposition box and in the 3-0 home win over a ten-man Anderlecht in the Champions League were astonishingly pedestrian at times, for long periods struggling to make their numerical advantage count.
Winning is not enough in the rarified air at Bayern. They also must do so with a certain style.
Running parallel to their poor quality performance are the constant murmurings of discontent: attacking-third ‘space-finder’ Thomas Müller lamenting that Ancelotti did not appreciate him; ace striker Robert Lewandowski describing the club’s recruitment policy as not sufficiently bold; winger Franck Ribery furiously throwing his shirt to the ground after being substituted against Anderlecht; players openly remonstrarting with one another on the pitch.
Too many personal agendas are in view and, inevitably, it hurts  the group dynamic. “Me, myself I” has taken the place of the famous Bayern motto “Mia san mia” (“We are who we are.”).
At the moment, Carlo Ancelotti cannot seem to anything right, pilloried for his rotation policy, his disciplinary shortcomings and for failing to stamp his mark on the side. Some 14 months into his reign, his team still does not have a recognisable pattern of play and rumours abound that he is on borrowed time, that next season young Hoffenheim coach Julian Nagelsmann will be at the Allianz-Arena controls.
Usually so affable and zen-like, Ancelotti is becoming increasingly tetchy. At a press conference prior to the 4-0 home win over Mainz, he sarcastically took on his detractors: ” I’m not going to individually answer all those who have been criticising our tactics and philosophy. I just want to take this opportunity to thank them for the suggestions and tips. At the end of the season, I’m going to invite them all to a big party and there we can discuss it all, including tactics.
” We’re neither in tip-top shape or the lowest of the low. We’re not yet in absolute top form but we soon will be. “
Plainly Ancelotti is more of a fighter than the Bayern press corps thought.
What We Learned This Week
1. Home sweet home.
In a further sign of RB Leipzig’s ambitious masterplan, the Saxons have completed a deal to buy their home stadium, the Red Bull Arena. RB are reported to have paid current owner, media tycoon Michael Kölmel some 70 million euros for the deeds. A thorough modernisation of the old Zentralstadion is on the cards, with the capacity due to increase from 42,960 to 50,000. “This purchase represents our clear and lasting commitment,” declared RB chief executive Oliver Mintzlaff. “The decision to buy the stadium has a substantial symbolic for our fans, the team and the people in and around Leipzig.”
2. Schalke: breaking the bank.
Desperate not to see Germany midfield starlet Leon Goretzka depart on a Bosman free next June, Schalke reportedly are working on a new eye-watering contract for the 22-year-old. According to Kicker magazine, the Royal Blues are prepared to offer him around 10 million euros a season, thus making him the best-paid player in the club’s history. Ironically, Schalke have been trying to cut their personnel costs of late, reducing the budget from 80 to 50 million euros. Currently the average wage in the Gelsenkirchen squad is two million euros per annum.
3. Wolfsburg ring the changes.
After only a month of the season, we have our first coaching casualty, the Wolves opting to bring down the curtain on Dutchman Andries Jonker. His crime? A team with across-the-board deficiencies and only four points from 12 in the bank. His replacement is the Swiss Martin Schmidt, who was let go by Mainz this summer.