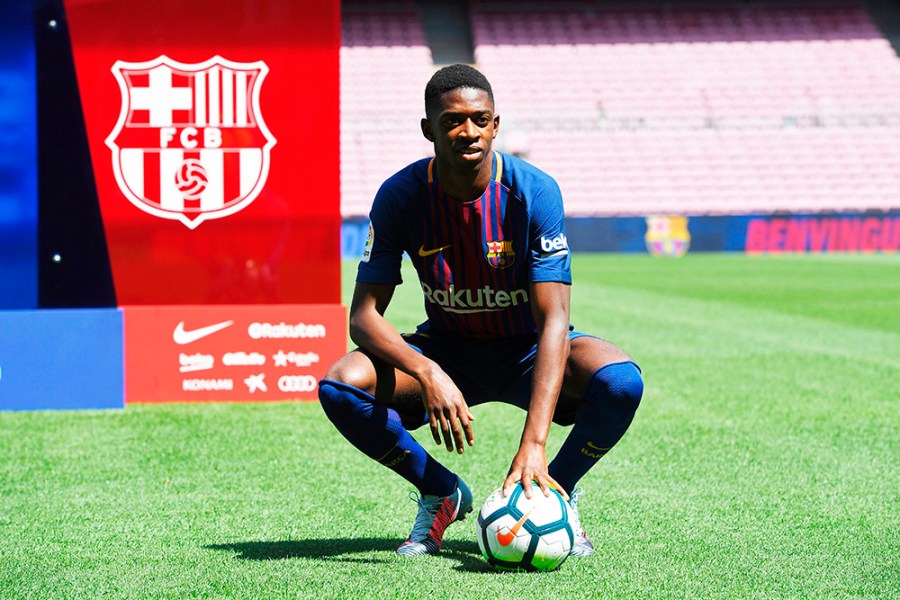 At Dortmund they know all about the art of the deal, buying French attacking starlet Ousmane Dembele from Rennes last summer for just 15 million euros, then recently selling him to Barcelona for a whopping 147 million including add-ons.
Even allowing for the 25 million slice of the pie which will go to Rennes, it represents quite a marketplace killing for the Dortmunder, who only a few days ago announced a record turnover of 400 million.
That said, every party in the transaction will be feeling good right now. Dortmund have a mountain of cash. Dembele, now the second most expensive player in the history of the game, has his dream move. Barcelona have a replacement for Neymar.
While Dortmund did their best to hold onto the kid from the Paris suburbs, effectively the die was cast as soon as Barca came knocking. Rightly or wrongly, the 20-year-old no longer was interested in turning out for the Schwarz-Gelben and after going AWOL in a bid to hasten his departure, there was no turning back.
A number of Dortmund first-teamers needed no prodding at all to publicly slam the Gallic rebel. Bridges had been burned. Some clearly did not want to see him return.
In the final analysis, the Dortmund top brass played a blinder. They knew Barca were itching to splash the Neymar cash and simply had to hold firm, to stick to their stratospheric asking price. With only 78 pro games under his belt, Demebele is far from the finished article and to extract such a gargantuan fee for him is  astonishing.
Dortmund, of course, have a lost a major front-line asset. Last season, the young left-winger frequently was their trump card, almost unstoppable at times with his compelling blend of pace, personality and dribbling ability. Although not a regular marksman – on the score-sheet just six times in the Bundesliga – in terms of his creativity he rarely let the side down, amassing no fewer than 13 assists.
Generally speaking the feeling in the Dortmund camp is that if they had to to chose between offloading Dembele and chief marksman Pierre-Emerick Aubameyang, they always would plump to sell the former. Aubameyang is considered irreplaceable. Dembele, frankly, less so.
In young American Christian Pulisic and new signings Maximilian Philipp and English teenager Jadon Sancho, signed from Manchester City, the Ruhr giants already have plenty of wide area penetration. They will be able to add Marco Reus to the mix when he returns from a cruciate ligament injury in the New Year.
The Dortmunder also can count on new Ukraine recruit Andriy Yarmolenko, brought in from Dynamo Kiev in a reported 25 million euro deal. The 27-year-old is widely being touted as a like-for-like substitution for Dembele, yet crucially prefers to play on the right-flank.
What We Learned This Week
1. Jonathas: love at first sight
Hannover’s new Brazilian striker Jonathas made a perfect debut entrance at the HDI-Arena, coming off the bench to net the only goal of the game in the home win over Schalke. Much to the surprise of most Bundesliga observers, the newly-promoted Reds have won both their opening fixtures this season and what leaps to the eye is how well coach Andre Breitenreiter has organised them. Jonathas, a much-travelled Brazilian who has played in Holland, Italy, Spain and latterly in Russia with Rubin Kazan, is, at nine million euros, Hannover most expensive ever signing.
2. End of an era at Schalke
No longer an automatic choice at the heart of the Schalke defence, German international Benedikt Höwedes looks set to quit the Gelsenkirchener for Italian champions Juventus, who initially will take him on a single-season loan, though will be obliged to make it a permanent deal if he appears in a specified number of games this term. Now 29, Höwedes has been true Royal Blue since the age 13.