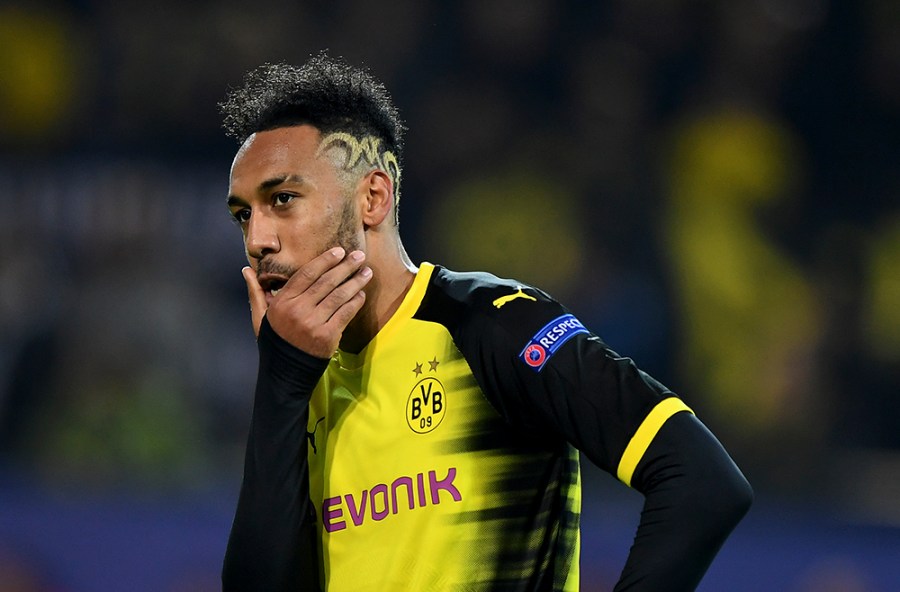 Peerless in his ability to leave defenders in his slipstream, lightning-quick Dortmund striker Pierre-Emerick Aubameyang could be in the throes of a slow-motion departure from the Westfalenstadion.
Over the past few weeks, precious little has gone right for the Bundesliga’s top marksman in 2016-17, bewilderingly half-hearted in his performance levels, increasingly cutting a self-detached figure within the squad and handed a one-match suspension by his club for ‘disciplinary reasons’.
While Dortmund officials refused to elaborate on why he was forced to sit out the 2-1 loss at Stuttgart, it would not take long for some of the charge-sheet details to emerge: late for work three times in the previous seven days and as much as 30 minutes behind schedule for the team’s final practice before flying to Stuttgart.
The maverick Gabon international also is believed to have enraged his bosses by taking part in an unsanctioned video shoot at the training ground. Talk about Hollywood on the Ruhr. Aubameyang and French freetstyle footballer Sean Garnier hamming it up for several hours in front of a ten-man camera crew.
It’s not the first time the ‘Schwarz-Gelben’ superstar has flown too close to the Ruhr sun. Exactly a year ago, he served a similar internal ban, dropped from the squad for a Champions League tie for going on a break to Milan without the consent of the club.
Rumour has it that a number of his teammates were not happy with his behaviour, that he was not playing the collective game.
Dortmund CEO Hans-Joachim Watzke apparently thinks so too. “A group needs to have rules,” he told Eurosport. “In spite of everything, Auba is a great lad. But as you can see, he doesn’t have a free pass. From time to time, you have to enforce discipline. It’s like in any family; you have to say ‘stop’.”
What will especially worry the Dormund management is Aubameyang’s poor attitude and form of late. After starting the season in explosive mode – amassing 15 goals in all competitions by mid-October – he has hit the proverbial wall, going five matches without a goal and so strangely lethargic.
Beaten in four of their last five Bundesliga games, Dortmund have a real emergency on their hands and as their most prominent player, Aubameyang inevitably is feeling the heat.
Is he hankering for a move? Has he grown stale after five years in black-and-yellow? All will become a lot clearer between now and the winter break.
What We Learned This Week
1. Back-up for Lewandowski.
Never needing any prompting to raid other high-flying German clubs, Bayern Munich are reported to be within touching distance of a mid-season swoop for Hoffenheim and Germany target man Sandro Wagner. The scorer of five goals in the Nationalmannschaft’s perfect qualification campaign for Russia 2018, the 29-year-old was born in Munich and started his career at the Bayern academy. The cost of the deal ? Something in the region of 15 million euros.
2. A game of two halves.
The second division clash of struggling Heidenheim and promotion-chasing Union Berlin certainly was a value-for-money affair. A 4-3 slugfest of a scoreline, bags of entertainment and to cap it all, no fewer than six goals in 14 minutes in the second-half. “We know we can score goals at any time, we know we can score in quick order,” declared Union  striker Sebastian Polter. “But we have to get a grip defensively, be more watchful and close down quicker.” He can say that again.