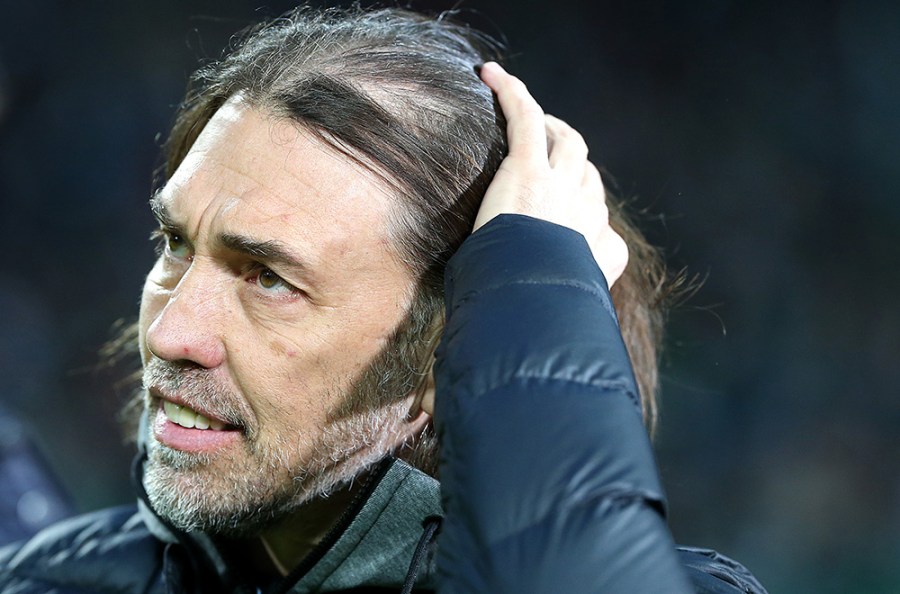 At all levels of the club, they are in a sorry state indeed. Bereft of strong, coherent boardroom leadership, rarely playing with maximum intensity, involved in a relegation struggle for the second consecutive year and already on their third coach of the season.

Dutchman Andries Jonker only was at the helm for four league games before being sacked in mid-September  and now his successor, Martin Schmidt, has gone too, resigning after only 155 days in the hot-seat.

Schmidt, renowned for turning water into wine at previous club Mainz, started solidly enough with the Wolves, picking up a point in each of his first seven games in charge. But ultimately was unable to ignite the rocket boosters. In 19 games at Wolfsburg, he managed just three Bundesliga wins and feeling that he had flatlined for too long, opted to call it quits.

Wolfsburg’s high command insist they were not planning to fire Schmidt. “We would have preferred to have achieved our survival target with Martin Schmidt, but could not dissuade him from his decision,” said Wolves director of sport Olaf Rebbe. “We have to respect his firm stance, though I have to admit it disappoints me. I thought he was the coach for us.”

Needing a quick technical area fix, the VW club have turned to ex-Leverkusen, Hamburg and Stuttgart coach, Bruno Labbadia. The 52-year-old has an extensive coaching c.v (over 250 games in the Bundesliga) and notably pulled off an against-the-odds escape act at Hamburg in the latter stages of 2014-15.

A former Bayern Munich and Germany striker, the ever-intense Labbadia could be exactly what Wolfsburg require in these slip, sliding times. He has an undoubted flair for adding energy and commitment to under-achieving squads, for quickly snapping spirals of negativity.

“As much as possible, I try not to bother too much with the recent history of the club which employs me,” he says. “That’s a point I want the players to take on board. What’s important is to concentrate on the remaining weeks of the season, to focus on the basics. We could be in a better situation, but I, for one, couldn’t be more motivated for the challenge.”

1. A Finn between the Dortmund posts?
Not exactly satisfied with the form this season of their Swiss keeper Roman Burki, Dortmund are reported to be keeping tabs on Eintracht Frankfurt’s number one Lukas Hradecky. The Finnish international has played a hugely influential part  in his club’s surprise assault on a Champions League qualifying spot and with his contract due to expire in July, would not cost a penny in fees.

2. Power cut in Leipzig.
RB Leipzig coach Ralph Hasenhüttl was in no mood to ‘protect’ his players following his side’s unexpected 2-1 home loss to basement dwellers Köln. ” In the first-half we couldn’t have played any better and should have had the game wrapped up. But after the restart, it was like someone had pulled the plug. We were no longer with it. We gave it away. We weren’t cool enough. It’s no good turning it on for 45 minutes. ”