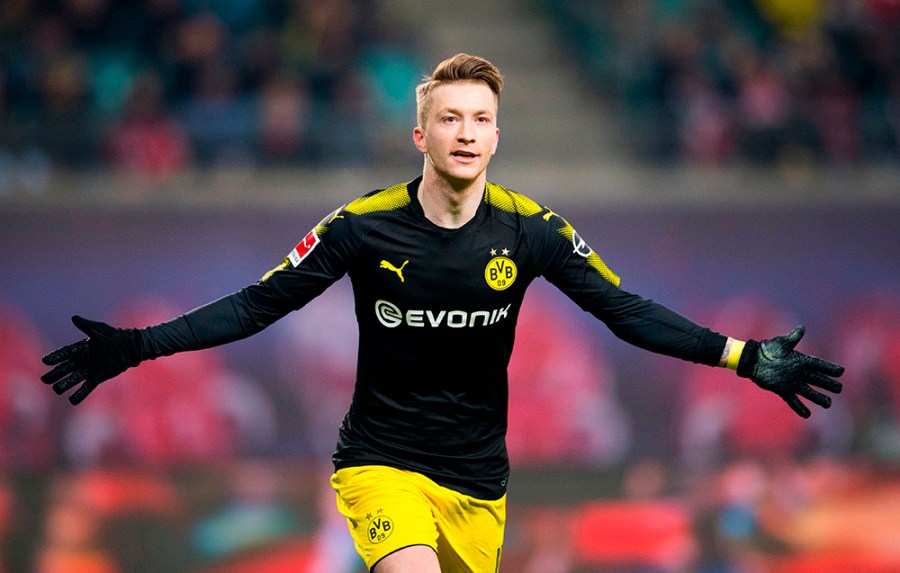 Restored to the Dortmund line-up after eight months out with knee ligament damage, attacking-third flyer Marco Reus clearly is revelling in his return to the Bundesliga spotlight. As pacy, provocative and elusive as ever and announcing his New Year comeback with three league goals in his first four appearances.

Great news for Dortmund and the Nationalmannschaft. But also for the dynamic dribbler himself, who, in a ill-starred career, has all too often been struck down by injury.

If anyone deserves a double-helping of good luck, it is Reus. In five-and-a-half seasons with the Schwarz-Gelben, various physical failings (knee, groin and ankle problems) have resulted in him spending the best part of two campaigns on the sidelines and also had to sit out Germany’s last two international tournaments: the triumphant World Cup 2014 odyssey and Euro 2016.

“I don’t have the words to describe the super feeling I had on returning to the first-team,” the 28-year-old told German Eurosport. “I’d gone so long without touching a ball. I really missed so many things. Being with the lads in the dressing room, pre-match preparations, the hotel, the bus ride to the stadium. I’m grateful to to have all that again. I’m simply happy to be healthy.

” I would be lying if I said I wasn’t thinking about this summer’s World Cup. However, I’ve never been one to plan three or four steps ahead. If I play as I can, I’ve a good chance of being in the squad. I’m convinced of that.”

While history tells us that Reus rarely is unadjacent to a MRI scanner, he does have several factors in his favour. He’s physically fresh and energized; has an obvious desire to make up for lost time; and appears more mature in his outlook. As the old saying goes: what doesn’t kill you makes you stronger.

Most important of all, it’s the same old rip-roaring Reus on the pitch. Remarkably he does not look rusty and has not lost a scintilla of his trademark pace and verve.

“I’m not being particularly original when I say that Reus is an absolutely outstanding player,” declared Dortmund coach Peter Stöger after witnessing Marco score the equaliser in a 1-1 draw at RB Leipzig. “When he’s fit and in the right rhythm, he can make a difference in any match.”

What We’ve Learned This Week
1. Beyond the pale.
Cologne have been forced to ask for forgiveness after fans of their club verbally abused Stuttgart keeper Ron-Robert Zieler during a recent 2-3 home loss to the Swabians. Zieler, who was born in Cologne, had to endure all manner of insults and would have especially taken exception to the suggestion that he “Do an Enke”, a reference to the former German international goalie Robert Enke, who so tragically committed suicide in 2009. ” We distance ourselves from such dreadful attacks on Ron-Robert Zieler and apologize to him and the Enke family,” went the Koln statement. “We’ll seek to find those responsible and make sure there are consequences for these people.”

2. Be prepared.
Rumour has it that Bayern Munich are prospecting for an understudy at right-back for the ever-impressive Joshua Kimmich. The champions are said to be monitoring 21 year-old Argentine right-back Fabricio Bustos – who currently plays for Independiente – and Diogo Dalot, a teenager with FC Porto. Dalot is indeed hot property, reportedly on the watch-list of Real Madrid, Barcelona, Juventus, Napoli and Manchester United.